A set of four stamps illustrating the locally produced Guernsey jumper, whose origins can be traced back over 500 years, have been issued by Guernsey Post.

Reflecting this year’s SEPAC theme of Handcrafts, Guernsey has added a special print technique so that each stamp carries additional perforations, as Bridget Yabsley, head of philatelic at Guernsey Post explains: –

“With its long and fascinating history, the Guernsey has achieved worldwide acclaim and is the perfect subject for our Sepac handcrafts issue. To give the stamps a creative twist, in addition to the rectangular perforation tears around the stamps, we have added additional jumper-shaped perforations.

“When researching the Guernsey, we discovered that it was originally knitted for local fishermen to protect them from the elements, hand-knitted in one piece with an underarm diamond insert for ease of movement whilst providing optimum warmth and dryness against the elements.”

Channel Islanders hand-knitted distinctive stitch patterns into the Guernsey, including ribbing at the top of the sleeve to mirror a sailing ship’s rope ladder; a garter stitch panel depicting breaking waves; and, stitching on the sweater shoulders representing pebbles, stones and sand. Many families had their own variation of the patterns in their knitwear that became a means of recognition when sailors were lost at sea.

“Nowadays, the Guernsey is as likely to be found on the pages of an international fashion magazine as it is within the luggage of a hardy explorer,” added Bridget. “Despite its success, the Guernsey produced on the island today has maintained much of the original design and patterning. The rib at the top of the sleeve represents a sailing ship’s rope ladder in the rigging, the raised seam across the shoulder a rope, and the garter stitch panel reflects waves breaking on the beach.”

The stamps are available to order at www.guernseystamps.com or by calling Philatelic Customer Services on +44 (0) 1481 716486. 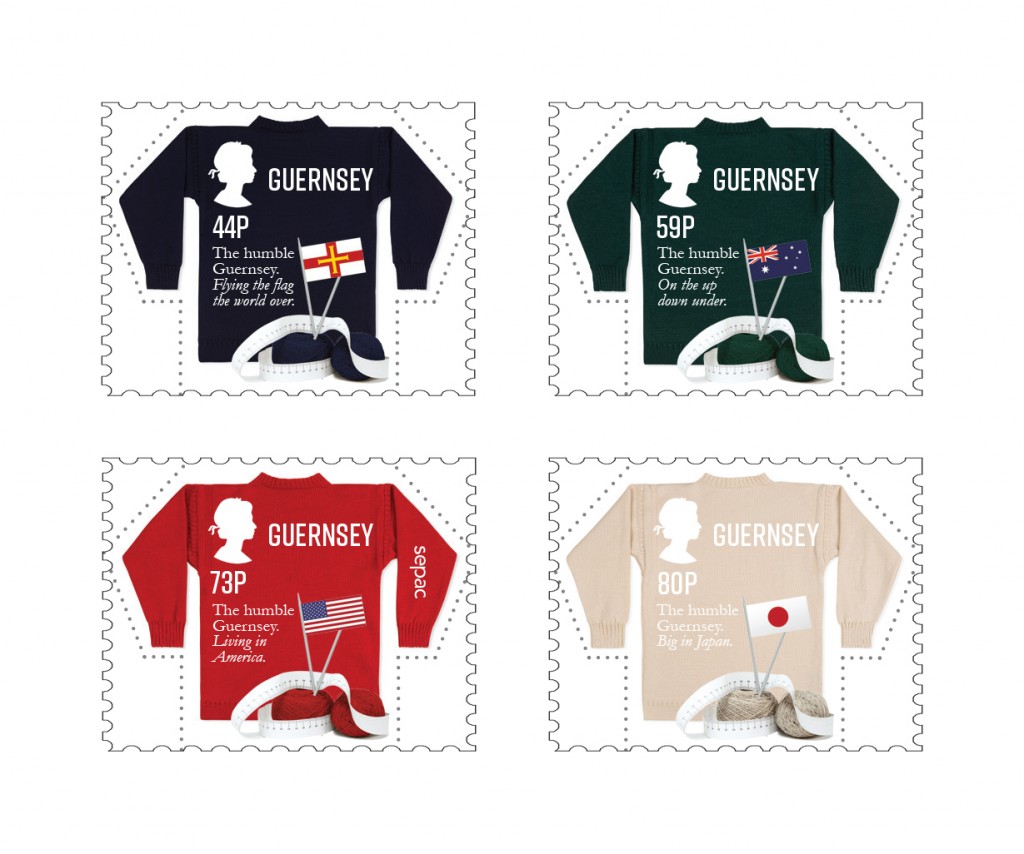