Guernsey Post announces that it will issue a miniature sheet stamp of the Kordofan Giraffe (Giraffa camelopardalis antiquorum), which is classified as critically endangered on the IUCN (International Union for Conservation of Nature) Red List. This is the 13th mini sheet in Guernsey’s Endangered Species series (issue date: 2 May 2020).

Recent genetic discoveries have found that there are four distinct species of giraffe, all native to Africa: Northern giraffe, Southern giraffe, Reticulated giraffe and Masai giraffe.

With fewer than 2000 now living across West Central Africa, the Kordofan giraffe – a subspecies of the Northern giraffe – is one of the smallest species of giraffe, at five to six metres tall. Their patches are pale and irregular, and they have no markings on their lower legs.

Bridget Yabsley, head of philatelic at Guernsey Post said: – “Alarmingly, giraffe populations have declined by over 40% in the last three decades with only around 111,000 left in the wild. The huge challenge lies in protecting these wonderful creatures, as the Kordofan giraffe occupies some of the most unstable regions in the world: southern Chad, the Central African Republic, northern Cameroon and northern Democratic Republic of Congo.

“We have chosen to dedicate our latest stamp depicting the Kordofan Giraffe to renowned wildlife artist, Joel Kirk, who sadly passed away earlier this year.  Joel created the beautiful illustrations for each of the miniature sheets in our Endangered Species series.”

The miniature sheet is available to pre-order from 17th April at www.guernseystamps.com or by calling Philatelic Customer Services on +44 (0) 1481 716486. 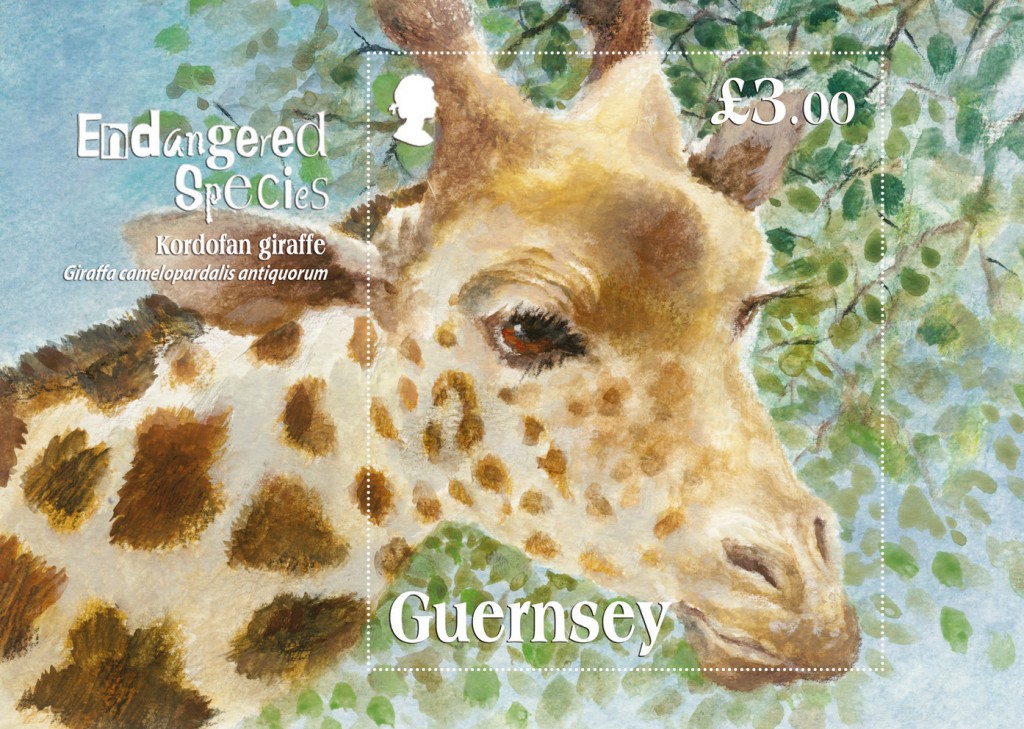