The traditional native languages (patois) of the islands of Guernsey and Alderney are celebrated on two sets of stamps which have been release by Guernsey Post (issue date: 4 April 2022).

The inspiration for the Guernsey stamps comes from Voice-Vouaïe, a local audio-visual project, which recorded people who grew up with Guernesiais (pronounced ‘JEHR-nehz-yay’), the ancestral language of Guernsey. The project was a partnership between photographer Aaron Yeandle, Language Consultant Yan Marquis, and Guernsey Museums.  Vouaïe means ‘voice’ in Guernesiais.

The Guernsey stamps depict portraits of people in their homes who grew up in an environment where Guernesiais was spoken. At the time the pictures were taken, some still spoke it daily, others hardly at all and a significant number were rediscovering it.

The Alderney collection of stamps is themed around Alderney patois, or Aourgnais.  They were inspired by the teachings of Royston Raymond, the last true ‘rememberer’ of the now extinct language. One of the stamps includes Royston with Sally Pond at the Moorings Brasserie discussing Aourgnais (52 pence); they hadcollaborated on a dictionary of Aourgnais over a 10-year period. Another stamp depicts the inclusion of a line from a lullaby that Royston’s grandmother used to sing to him (79 pence).

Bridget Yabsley, head of philatelic at Guernsey Post, said: – “There is a rich and fascinating history of language on the Islands of Guernsey, which is in large part due to its geographical location and the governing powers of the islands over time.

“It is a huge honour for us to be able to celebrate the native languages of the Bailiwick. Some of the people depicted on the Guernsey stamps have sadly since passed away. We sincerely appreciate the willingness of families to feature the portraits of their loved ones; the memory of the speakers will live on through the stamps.”

Both sets of stamp products are available to order at www.guernseystamps.com or by calling Philatelic Customer Services on +44 (0) 1481 716486. 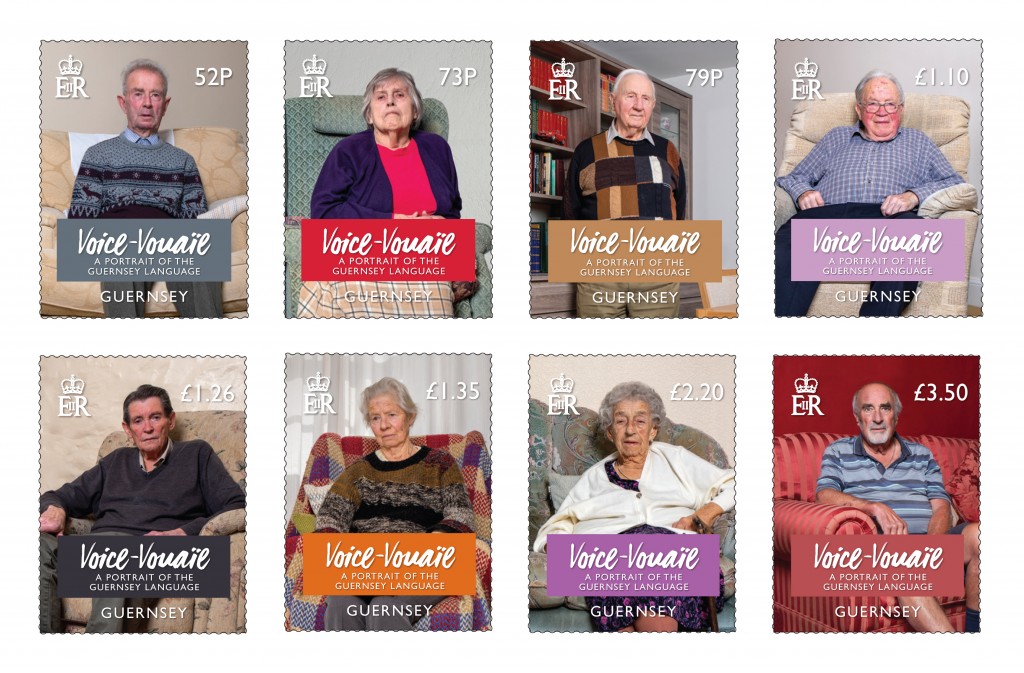