A set of stamps depicting the work of Alderney Wildlife Trust have been released by Guernsey Post’s philatelic bureau, as the conservation charity marks its 20th anniversary (stamp issue date: 9 June 2022).

Established in 2002 to champion, study and protect Alderney’s Wildlife, the Alderney Wildlife Trust (AWT) aims to conserve the island’s landscape, wildlife and its habitats. Its members and volunteers use their extensive knowledge and expertise to help the people of Alderney enjoy, understand and take positive action for wildlife.

Alderney’s West Coast and Burhou Islands marine wetland became the first international site designated under the ‘Ramsar Convention’ in the Bailiwick of Guernsey in 2005. Alderney Wildlife Trust carries out a variety of wildlife surveys including both terrestrial and seabirds.

Learning through nature in the Community Woodland – 79p stamp

Through its work, Alderney Wildlife Trust inspires and educates people about the natural environment on the island. Alderney has very little mature woodland and the community’s desire to see more of this important habitat led to the creation of the Alderney Community Woodland.

There are two freshwater ponds within the Longis Reserve, which provide an important habitat for the island as well as much excitement for children over the years. The Alderney Wildlife Trust works with teachers to deliver outdoor educational activities, such as discovering the secrets of Alderney’s seashore and ponds.

Planting woodland for the next generation – £1.35 stamp

Conservation volunteers enable Alderney Wildlife Trust to complete essential work that would not be possible with its staff alone. One such project is the planting of the Community Woodland where hundreds of residents, clubs, associations and school children have planted over 1,250 trees, more than doubling the area of native woodland on the island.

AWT’s CEO, Roland Gauvain, said: – “The Trust was founded by the community, with government, and we have worked with many different groups.  As we reach 20 years of age we are focusing very much on our community.   As an organisation we have nature reserves, public access sites and carry out research.  The coming year we will be making a big effort on sustainability, reducing carbon use and waste, both within the AWT but also on island.”

Bridget Yabsley, head of philatelic at Guernsey Post, said: – “We are delighted to mark 20 years since the formation of Alderney Wildlife Trust, a thriving conservation charity, which works tirelessly to protect the wildlife in Alderney, both on the nature reserves and through its work with others.”

The stamp products are available to order now at www.guernseystamps.com or by calling Philatelic Customer Services on +44 (0) 1481 716486. 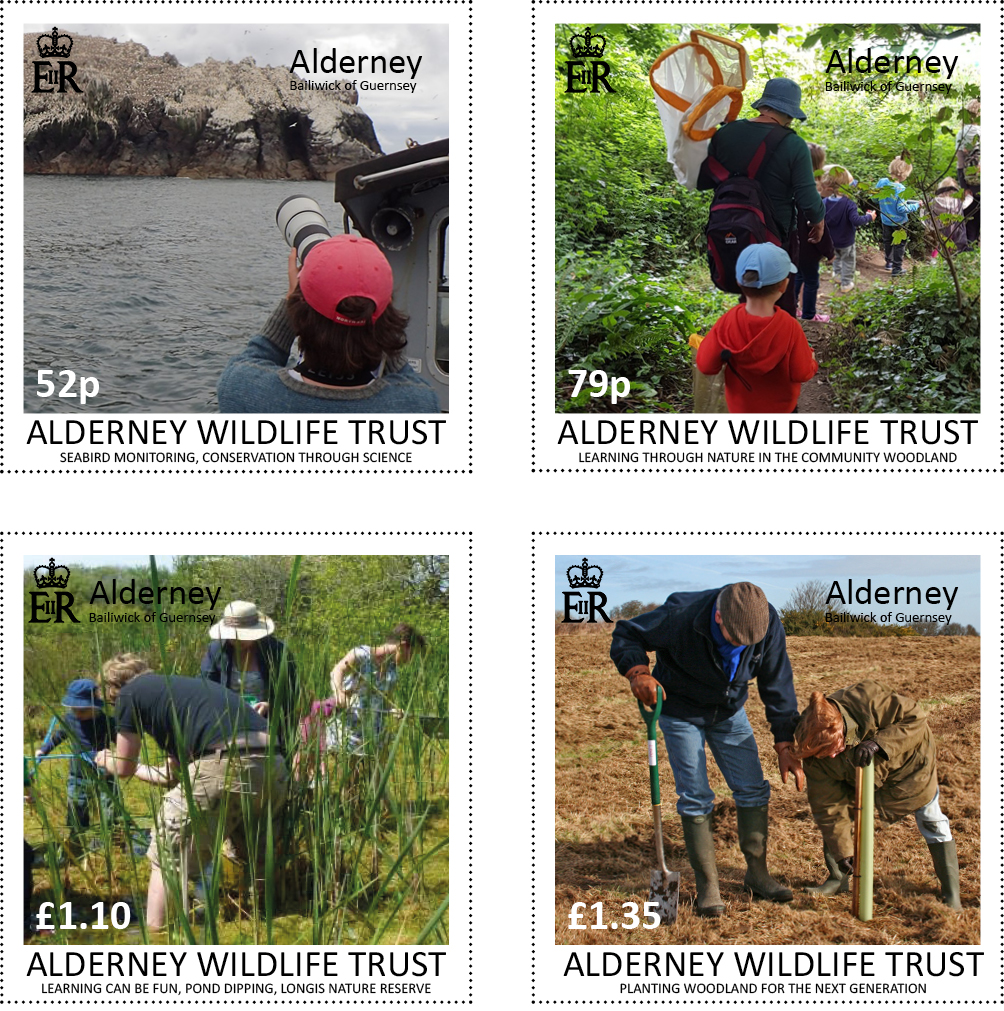