Guernsey Post has marked the occasion of The Queen’s 95th birthday with commemorative stamps depicting various aspects of Her Majesty’s life. The stamps were issued on 21 April, The Queen’s actual birthday, when she became the first British monarch to reach the age of 95.

Bridget Yabsley, head of philatelic at Guernsey Post said: – “Our commemorative stamps are based on the theme ‘Devoted to your Service,’ which look back over Her Majesty’s life and dedication to service; from her early years as a young Princess to becoming the longest reigning  monarch in British history, and a much loved and admired figure around the world.”

Guernsey and the other Crown Dependencies and overseas territories have produced commemorative stamps bearing the same titles, comprising Princess, Coronation, Marriage, Leisure, Pageantry and Royal Duty, although each feature different images of Her Majesty on these themes.

Guernsey Post’s stamp entitled Princess, depicting a ten-year-old Princess Elizabeth and her corgi Dookie, is one of 11 stamps to feature on a joint sheetlet.

The stamps and related products are available to order at www.guernseystamps.com or by calling Philatelic Customer Services on +44 (0) 1481 716486. 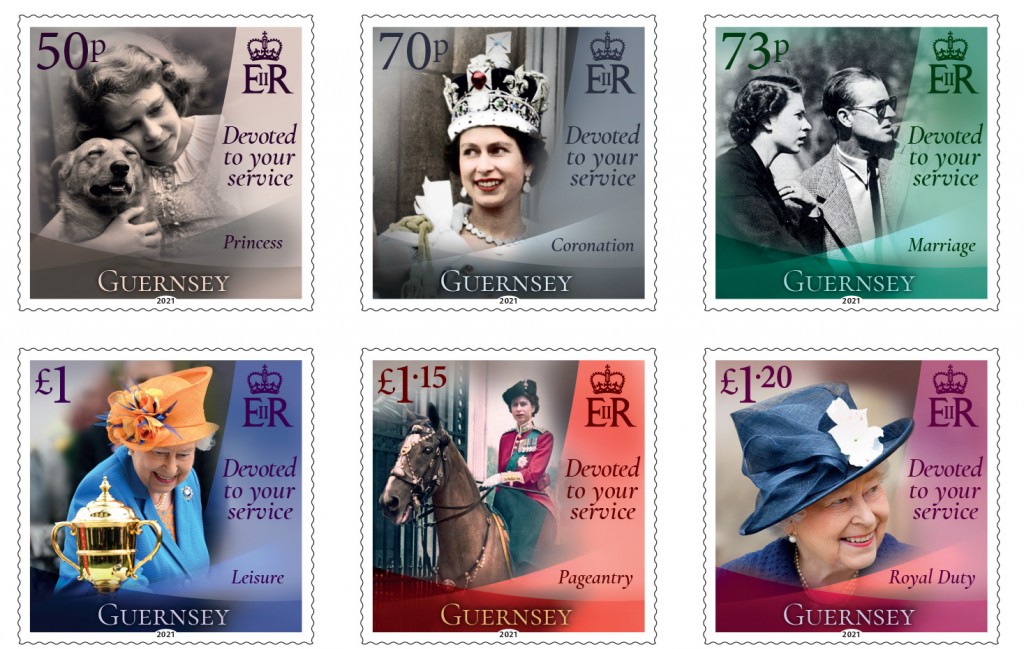