On 17 September, Post Luxembourg will issue a special stamp illustrating the 100 years of universal voting rights.

Another special stamp will commemorate the centenary of the referendum from 1919.   At that point a large majority of the Luxembourgish population  was in favor  that Grand Duchess Charlotte should rule as a monarch, thereby confirming the country’s constitutional monarchy.

A third stamp will celebrate the 75 years of Luxembourg’s liberation after World War II on the 9th September 1944.

Furthermore, a special block, created by Martin Mörck, will commemorate the 85 years of the “Fédération des Sociétés philatéliques du Grand-Duché de Luxembourg”, the Federation of philatelic societies of Luxembourg.

As well, another special stamp will celebrate the 2019 “day of the stamp” which will take place in the commune of Steinsel on the 28th of September. The local stamp collectors club CEPHILCO  is the hosts, who celebrates also its 60th anniversary in 2019.

The last special stamp will honor the 100 years anniversary of the “Luxembourg Midwives Association”.

On the 26th October 1919, women were allowed to vote for the first time in Luxembourg in the parliamentary elections. However, universal suffrage which was voted on the 8th May referred not only to women; it also included a very large number of lower-income male citizens who had previously been excluded based on the right-to-vote census. At the same time, the voting age was lowered from 25 to 21 years. Democracy was reenergised because as of that moment the amount of people whose opinion were given a voice was quadrupled.

Universal suffrage was not only an active right, which is to say the right to vote; it was also passive in the sense that it opened up the possibility of candidacy. In the parliamentary elections in 1919 only one single woman was elected. From 1931 to 1965, there were no women as representatives of the people in the Luxembourg parliament.

However, the transformed political decision-making process, through the introduction of universal suffrage, was and is certainly evident and appears concretely in the most diverse fields. The social laws of Luxembourg are an example of how a right of co-determination for all social classes can act as an impetus for changed measures. 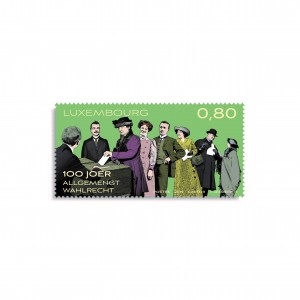 Centenary of the referendum from 1919

On the 28th September 1919, the people of Luxembourg could vote on the country’s economic and political orientation in a double referendum. The political issues involved the introduction of a republic or the maintenance of the monarchy, and more specifically the continuation of the dynasty under Grand Duchess Charlotte. A total of 77.8% of Luxembourgers advocated that Grand Duchess Charlotte should rule as a monarch, thereby confirming the country’s constitutional monarchy.

The economic questions pertained to which neighbouring state Luxembourg should negotiate the development of an economic union following the end of the German Customs Union. The choices were France and Belgium. France won with 73% percent of the votes. Nevertheless, on the 25th July 1921, the contract was ultimately made with Belgium since France rejected Luxembourg’s offer.

After Luxembourg has been claimed or occupied by various nations over many decades, both results showed what was politically important to the people of Luxembourg at the time.

After the Allied troops landed in Normandy on the 6th June 1944 to begin the liberation of Western Europe during the Second World War it still took until mid-August before the American soldiers could advance further. First, they liberated Brussels and Paris and a few days later on the 9th September 1944, they arrived in Luxembourg. Their troops and tanks were first seen in Petingen. That was also where the first American soldier died on Luxembourg soil.

On the 10th September 1944 US soldiers occupied Luxembourg City, which the German troops surrendered without much resistance.

The same day, Prince Felix, the husband of Grand Duchess Charlotte, and Prince Jean, their eldest son and later Grand Duke, returned to Luxembourg. The family had spent World War II in exile in Canada and Great Britain. Prince Jean had belonged to the “Irish Guards” since November of 1942 and participated with his regiment in the liberation by the Allied powers. On the afternoon of the 10th September he was received back home enthusiastically by the people of Luxembourg.

The Luxembourg photographer Tony Krier (1906–1994) had already left his mark with iconic photos and a publication on the occasion of the independence celebration in 1939. He also documented the entire Nazi occupation with his camera. During the liberation in September 1944, he first photographed the Gestapo leaving Villa Pauly – Krier lived right opposite. In the immediate vicinity of the “Spuerkeess” building he documented the arrival of the first tanks of the American liberators on the morning of Sunday, 10th September. The motif of the special postage stamp comes from the rich stock of information provided by the Krier family to the photographic library of the City of Luxembourg.

The 16th December 1944 marked the Battle of the Bulge in which the German troops tried once again to delay the outcome of the war in Western Europe. There was a surprise attack against the villages and towns of northern Luxembourg leaving many dead in a renewed wave of destruction, before World War II finally ended in January 1945 with the second liberation of Luxembourg by US troops.

On 22 February 1934, the club presidents Henri Schwinnen, Emil Adam, Eugène Lemmer and Bernard Wolff signed the statutes of the “Fédération des Sociétés philatéliques du Grand-Duché de Luxembourg” in Luxembourg City, changing it from a “société de fait” (de facto partnership) to “an association sans but lucratif” (non-profit association) according to the law from 1928.

In January 1934 prior to the signing the FSPL had already applied for admission to the “Fédération Internationale de Philatélie” (FIP).

At that time, the FSPL included five clubs with about 500 members, 390 of which belonged to the oldest club in Luxembourg, the “Union des Timbrophiles” (UTL).

An important moment for the association was the opening of the Foyer de la Philatélie on the 25th of October 1966 where the FSPL has its official office and administration and from where it organises its event preparation. 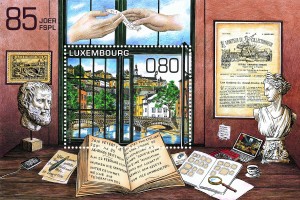 Day of the Stamp

The 78th Luxembourg Stamp Day will take place in Steinsel on the 28th of September. CEPHILCO Steinsel are the hosts, who celebrate their 60th anniversary in 2019 and invite all stamp lovers to the Kulturhaus Laval-Tudor (Laval-Tudor Cultural Centre).

This beautiful building, which is also pictured on the special stamp, was officially awarded its designation in June 2009, thereby uniting many cultural associations in the municipality of Steinsel under the same roof since exactly ten years. This includes CEPHILCO. The original building dates back to the 13th century and served as the horse stables for Gonneschhaff. In 1924, the building went to the Laval-Tudor family, whose name it still bears today.

In 1993, the house was transferred to the municipality of Steinsel which makes it available for use today, and which organises events together with associations there.

Today, the Kulturhaus Laval-Tudor is known beyond the borders of Steinsel as a harmonious setting for cultural performances such as concerts, plays, exhibitions, and much more.

In its founding year 1919, the association only had four midwife members. Although the Luxembourgish Association of Midwives now has 120 members (representing about 50% of the active midwives in the country), it would be desirable to get young people involved in this profession so as to continue these important tasks in a holistic and optimal way.

Midwives bear a great deal of responsibility and can best help pregnant women if they get involved as early as possible. Intensive support builds trust, facilitates, and better preparation, and thus contributes to the general health and protection of expecting mothers and young families. 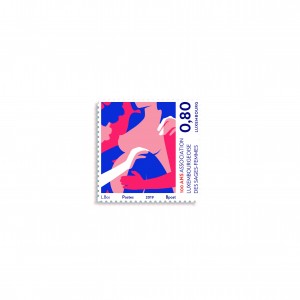