The Icelandic sweater in April

Though it is still early, we want to give you a sneak peek at our April emission… 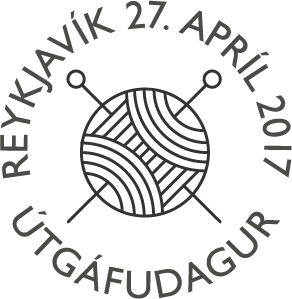 For the 2017 joint SEPAC emission on the theme local/ typical handcraft, Postphil/Frímerkjasalan  has chosen one of the most-known features of Icelandic culture – the Icelandic sweater- to be the motif on the Icelandic stamp. 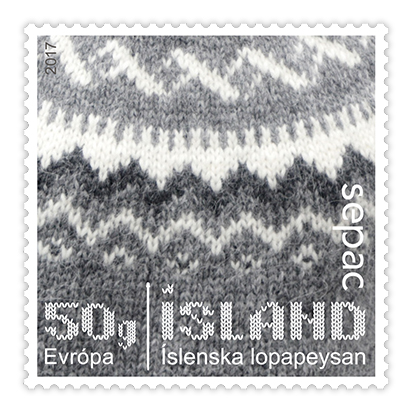 647A
The Icelandic sweater

According to the Handknitting Association of Iceland, the pattern shown,”Álafoss pattern no. 51″, is probably the most characteristic of all Icelandic sweater patterns. 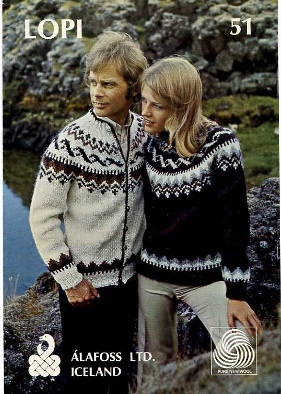 The pattern was probably inspired by foreign knitting traditions introduced through knitting and fashion magazines, yet the Greenlandic national costume and Norwegian knitting patterns may also have had their part of influence.

When Icelandic women began knitting from foreign models and transposing them to the properties of local wool, Icelandic sweaters started to resemble their foreign models, yet the colours remained more natural and the general effect was coarser. Local yarn (lopi) is more fragile than spun wool, so sweaters were usually knit from three threads simultaneously.

This made the garment warmer and more durable. The sweater became standardized in its traditional form in the late sixties. It became a sought-after export in the seventies, yet it became less popular in the eighties. But now it seems to have regained its former popularity, especially among foreign tourists. The sweater has its own special woollen character, and its roots in the culture of contemporary Icelanders are quite solid.

The stamps are self-adhesive and have been printed on flocked paper. This technique gives the surface of the stamp a smooth, textured feel, very consistent with the Icelandic sweater.

In the meantime and as a bonus, you can learn more about Icelandic wool here 🙂