50th anniversary of the Moon Landings celebrated on Guernsey stamps

Guernsey Post is delighted to announce that it will issue stamps depicting some of the key moments from the Apollo 11 moon landings 50 years ago, when American astronauts Neil Armstrong and Edwin “Buzz” Aldrin became the first people ever to land on the moon (issue date: 20 July 2019).

Later that day, at 22:56 EDT, Armstrong takes his first steps onto the moon. It is the first time in history that man has ever stepped on anything that has not existed on or originated from the Earth. “That’s one small step for a man, one giant leap for mankind,” Armstrong radios.

An estimated 530 million people watched the televised image and heard Armstrong’s words as he became the first human to set foot on the moon, fulfilling President Kennedy’s objective.

Bridget Yabsley, head of philatelic at Guernsey Post, said: – “We’re really excited to celebrate the moon landings 50thanniversary with stamps that depict some of the key moments – including the first footprint on the moon – from what is undoubtedly one of the most significant events in our history.”

The stamps and related products are available to pre-order from 1stJuly 2019 at www.guernseystamps.comor by contacting Philatelic Customer Services on +44 (0)1481 716486. 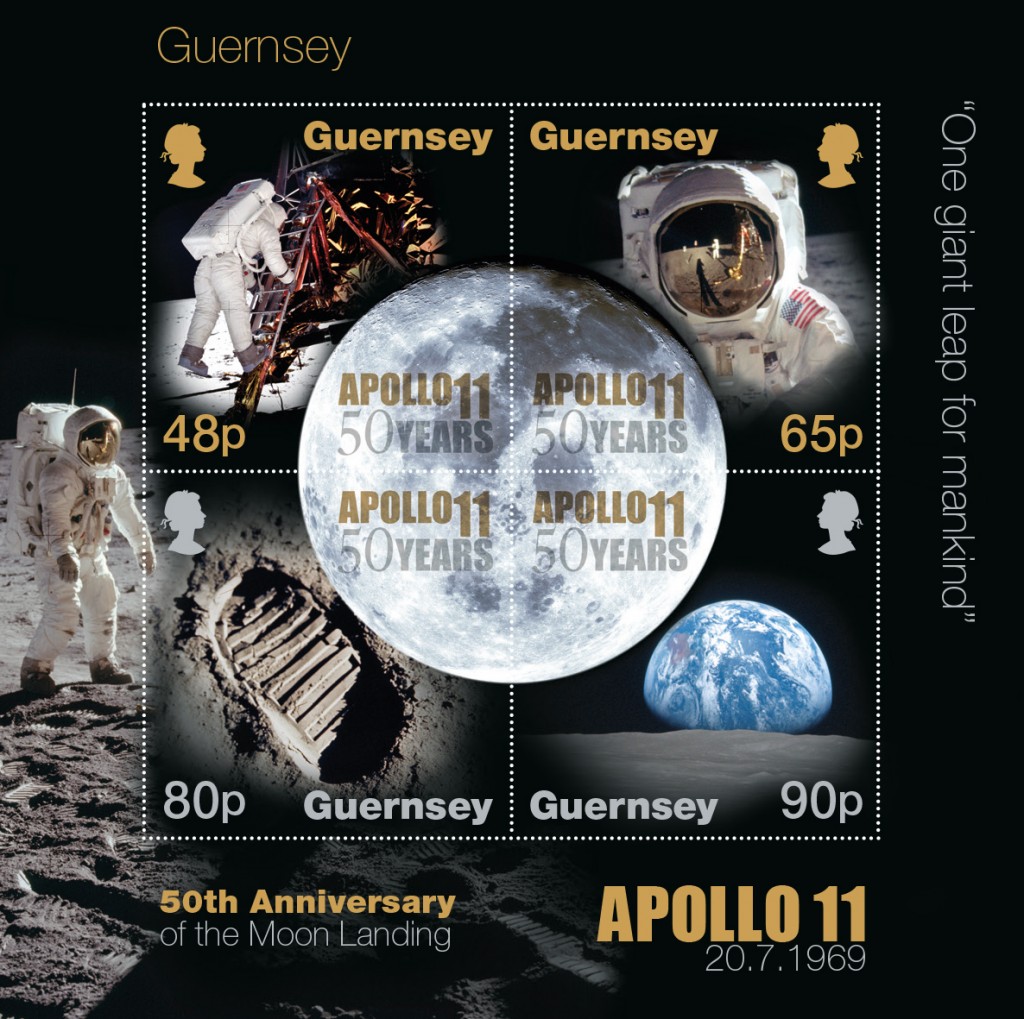