Guernsey Post’s philatelic bureau is delighted to announce that it will celebrate The Queen’s Platinum Jubilee in 2022 with the release of six Alderney-issue colour mint stamps depicting Her Majesty wearing Queen Victoria’s Golden Jubilee necklace. The necklace is said to be a favourite piece of jewellery of Her Majesty, who has worn it frequently since her accession in 1952 (stamp issue date: 4 February 2022).

Bridget Yabsley, head of philatelic at Guernsey Post, explained: – “We know how passionate stamp collectors are, and how many of our customers enjoy building up and completing their sets. To mark The Queen’s historic reign in 2022, we wanted to provide our  collectors with something a bit different and decided to offer the opportunity of collecting limited edition black and white stamps to celebrate Her Majesty’s Platinum Jubilee.

“Unlike the colour mint stamps, our limited edition black and white stamps aren’t available to purchase as a set. Instead, in a philatelic first, we have placed one black and white stamp into the first 4,000 stock set of colour mint stamps, meaning that collectors will need to look for opportunities to swap, sell and purchase the other stamps within the philatelic community to complete their sets.

“Any customers who collect the complete set of black and white stamps and wish to have them cancelled can send them to the philatelic bureau for cancelling with the first day of issue cancel,” Bridget added.

The philatelic bureau has also confirmed that  the first customer to collect all six black and white stamps will receive a complementary limited edition replica gold stamp depicting Queen Victoria, Queen Elizabeth II and the Guernsey Crest, which was issued to commemorate the 50th anniversary of Guernsey’s postal independence.

The colour mint stamps, prestige booklet and miniature sheet are available to pre-order from 21 January 2022 at www.guernseystamps.com or by calling Philatelic Customer Services on +44 (0) 1481 716486. 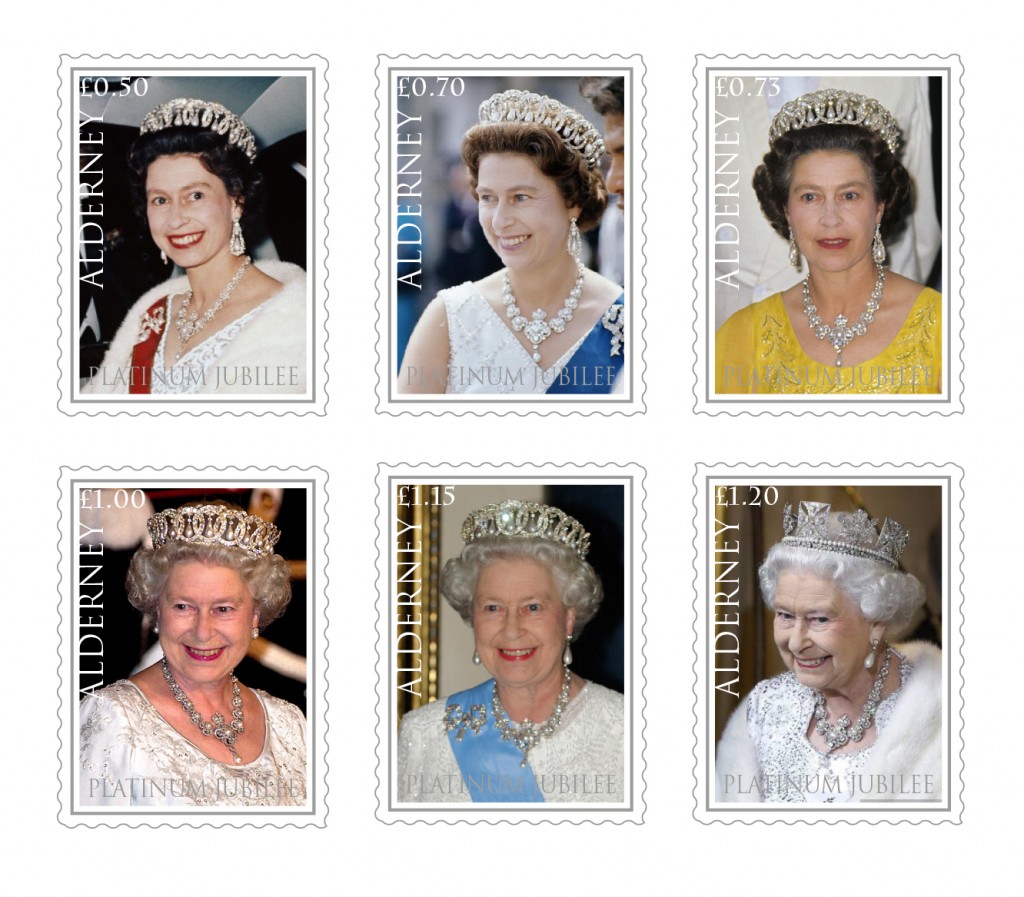