A commemorative miniature sheet featuring a photograph taken at the investiture ceremony of HRH The Prince of Wales 50 years ago is to be issued by Guernsey Post on 24 July.

HRH Prince Charles was created the Prince of Wales on July 26th 1958, at the age of nine. However his mother, Her Majesty The Queen, decided Prince Charles should not be invested until he was better able to understand the responsibilities of the role. On 1st July 1969, at the age of 20, having attended the University College of Wales where he studied Welsh history and language, Prince Charles was invested at Caernarfon Castle. The colourful ceremony took place behind the medieval walls of the castle with over 4,000 guests in attendance; the six-hour spectacle was watched by millions of people on television.

The miniature sheet productsare available to pre-order from 1stJuly 2019 by visiting www.guernseystamps.com or contacting Philatelic customer services on +44 (0) 1481 716486. 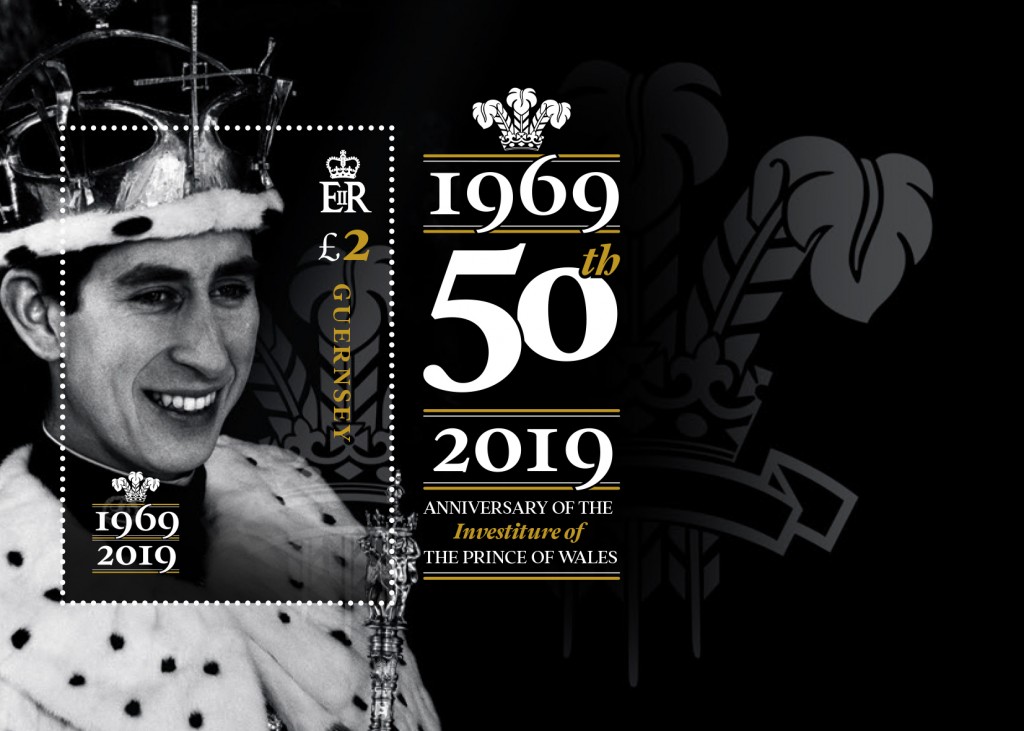