Guernsey Post is delighted to announce that Rupert Bear, the children’s character made famous in the stories published in the Daily Express newspaper, celebrates his 100th birthday this year and will appear on a set of Guernsey issue stamps, to be released on 21 July 2020.

Rupert lives in a cottage in Nutwood village and enjoys a safe, cosy home life with his parents, Mr and Mrs Bear. His closest friends are Bill Badger, Algy Pug, Podgy Pig and Edward Trunk.

Podgy Pig is a greedy, good-hearted friend of Rupert’s. Though often lazy, Podgy still joins in with the friends in their many adventures.

Edward Trunk is one of Rupert’s friends. He is cheerful and strong, and always tries to help his friends.

Rupert’s long-standing best friend, Bill Badger, has a good sense of fun and tries to look on the bright side of things.

Algy Pug likes playing practical jokes and is a close, fun-loving friend of Rupert. He likes being outdoors and enjoying adventures in the countryside.

Bridget Yabsley, head of philatelic at Guernsey Post, said: – “Rupert Bear first appeared in the Daily Express newspaper on 8 November 1920, in a bid to rival to the Daily Mail’s Teddy Tail cartoons. Originally created by artist and illustrator Mary Tourtel, who was married to Guernseyman Herbert Tourtel, it wasn’t long before Rupert, with his checked yellow trousers, scarf and red jersey, became the nation’s favourite.

“Following previous stamp issues depicting Rupert Bear and friends, we are delighted to celebrate the 100th birthday of this much loved character who continues to captivate younger readers – and more recently TV audiences – around the world today.” 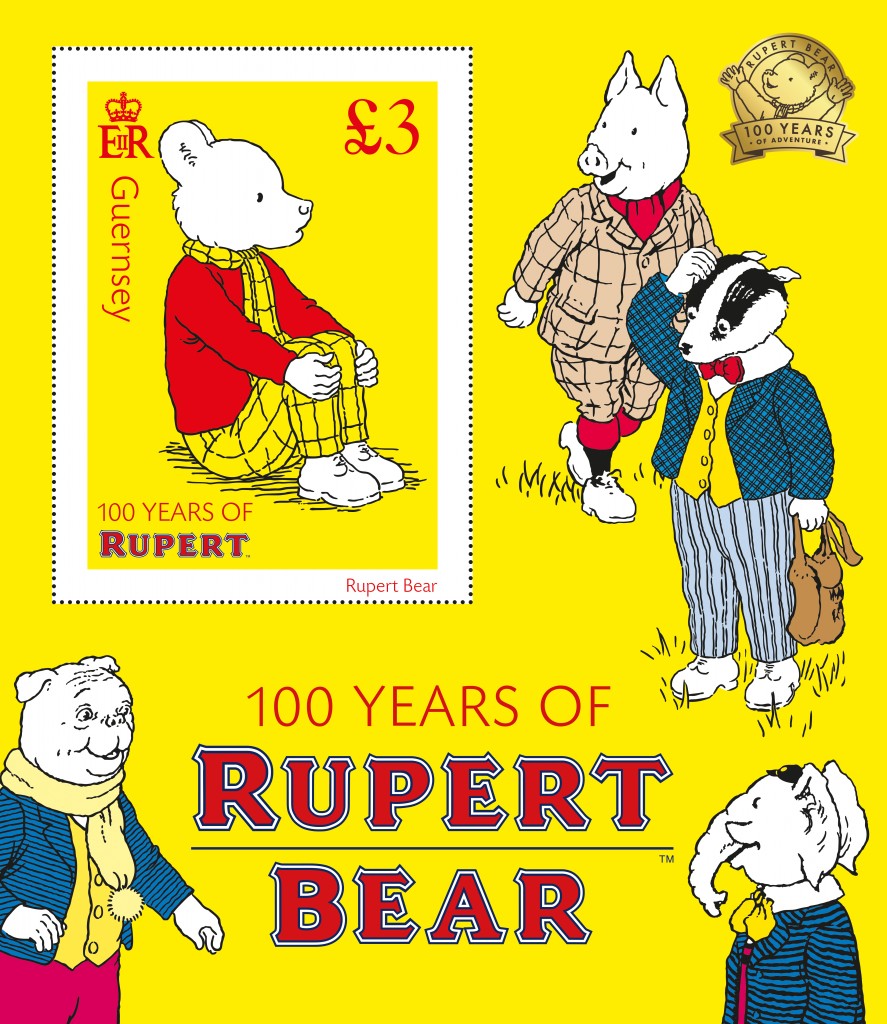