Guernsey Post’s philatelic bureau is delighted to celebrate the life of Prince Philip, Duke of Edinburgh (10 June 1921 to 9 April 2021) with the release of Alderney issue stamps depicting His Royal Highness engaged in some of his many interests.

Bridget Yabsley, head of philatelic at Guernsey Post, said: – “Prince Philip was a constant companion to The Queen for more than her six decades of reign. We are proud to celebrate the rich and fascinating life of this extraordinary man – from joining the Royal Navy as a cadet in 1939 and establishing the Duke of Edinburgh Awards in 1956, to becoming the longest-serving royal consort in British history.”

50p: An accomplished polo player, Prince Philip is depicted receiving a trophy as Captain of a winning polo team in 1952.

73p: Having completed his initial training for the Royal Navy under the auspice of Best Cadet of his entry, Prince Philip rose quickly through the ranks to become First Lieutenant aboard the destroyer HMS WALLACE in 1942. This photograph was taken in 1947, the same year he was married to Princess Elizabeth.

£1.00: The Queen and Prince Philip are pictured enjoying a cricket match together at Highclere Castle in 1958.

£1.20: Prince Philip gained his RAF wings in 1953, the same year this photograph was taken. He went on to earn his helicopter wings in 1956 and his private pilot’s licence in 1959.

Souvenir Sheet (left to right): Prince Philip speaking as President at the 50th Anniversary of the Duke of Edinburgh Awards in 2005; in full military uniform on horseback at Trooping of the Colour in 1995; enjoying his 90th Birthday in 2011 when The Queen appointed him Lord High Admiral of the Royal Navy; and, in 1995, as UK President of the WWF, overseeing one of its many projects.

The stamps and related products are available now at www.guernseystamps.com or by calling Philatelic Customer Services on +44 (0) 1481 716486. 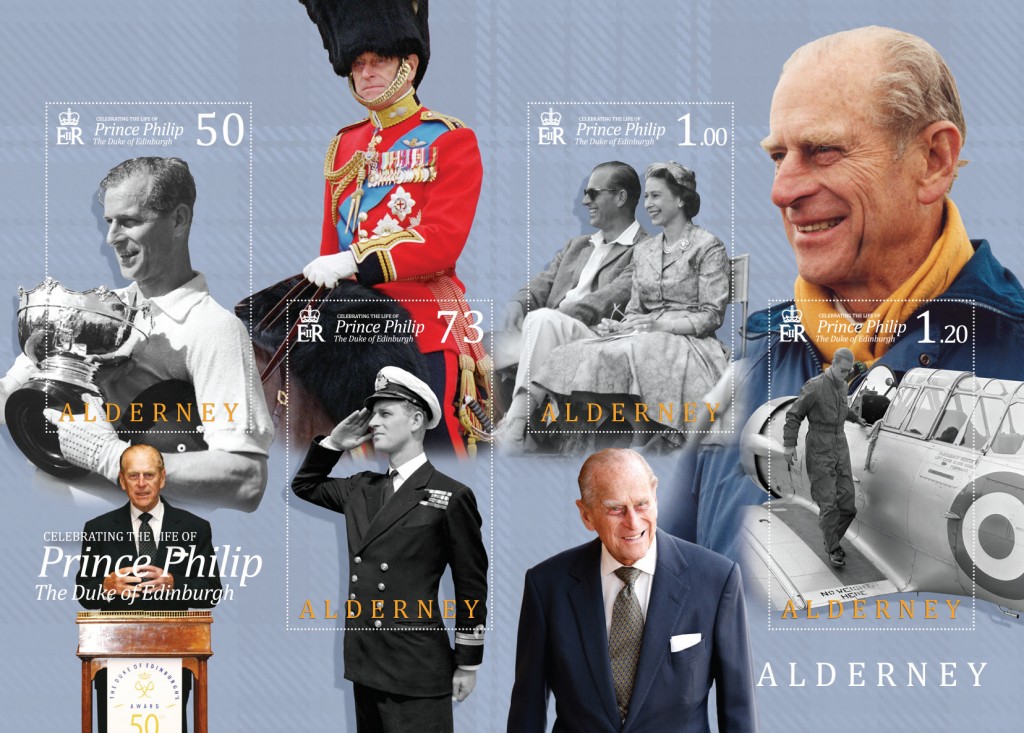