The 125 years of “Letzebuerger Landesuebstbauveräin” will be commemorated by a special stamp. Today, the promotion of fruit growing in Luxembourg is one of the main objectives of the association.

Another stamp commemorates the 100 years of Soroptimist International.With its overreaching goal of “a better world for women”, it was the first service club for professional women and is now the world’s largest organization of its kind.

A special stamp will illustrate the 75 years of “Fédération Luxembourgeoise de Handball”. Handball is the third most popular sport in Luxembourg after football and basketball.

The 50 years of “Fondation Maison de la Porte Ouverte” which has been serving children, adolescents, unaccompanied minors, young mothers, young parents, women and men in distressand offers protection, support an social, psychological, legal and educational assistance will be honored by a special stamp.

A special stamp commemorates the work over 50 years of the “Fédération Luxembourgeoise de Marche Populaire” (People’s Walking Federation), as the umbrella organisation, organising walks almost every weekend in cooperation with its local associations.

Last but not least, the 40 years of marriage of the grand-ducal couple is another event honored by a special stamp. On February 14th 1981, the then hereditary Grand Duke Henri and Maria Teresa Mestre said “Yes, I do” in Notre-Dame Cathedral in Luxembourg.

The “Lëtzebuerger Landesuebstbauveräin” (Luxembourg fruit growers’ association) was founded end of 1894. At that time, there were particularly harsh winters, which froze the fruit trees, whereupon several fruit growers got together to plant new trees and thus revive fruit growing in Luxembourg.

Today, the promotion of fruit growing in Luxembourg is one of the main objectives of the association.

In Luxembourg, the level of self-sufficiency in fruit is currently 1%.

Therefore, in the first instance, the farms are supported and motivated to expand the areas under cultivation. Fruit growers put a lot of work into their fields and cultivation areas before, during and after the harvest in order to achieve the best quality; much has to be done by hand in order to protect the delicate fruit.

Secondly, the public is informed – for example during the “Promo Day at the Market” – that there are locally grown apples, pears, grapes, plums, quinces, cherries, mirabelles, various berry varieties, rhubarb and nuts, and what advantages there are in buying fruit locally and seasonally. Fresh and therefore tasty produce, less environmental pollution due to long transport routes, as well as knowledge of where the fruit comes from and who grows it are arguments that are becoming increasingly important to consumers. 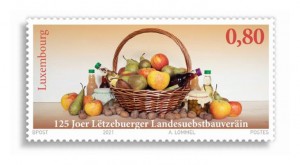 This first service club for professional women was founded in October 1921 in Oakland, California. Soroptimist International is now the world’s largest organisation of its kind, with 75,000 members in 130 countries.

The overarching goal of “A better world for women” is reflected in the various projects: Curbing violence against women and promoting education for girls and women. Creating infrastructures such as schools, boarding schools or housing for victims of violence, mentoring programmes and support for education and training are some examples of the activities.

Particularly important to the members is close cooperation on an international level, regular exchange and a high degree of solidarity among each other (projects are organised locally) in order to contribute overall to better mutual support among women worldwide.

Founded in 1955, the Luxembourg Union comprises 10 clubs with more than 300 members; it is a founding member of the Conseil national des Femmes du Luxembourg (National Women’s Council of Luxembourg). The development projects at home and especially abroad are handled by the Fonds Soroptimist Luxembourg asbl. 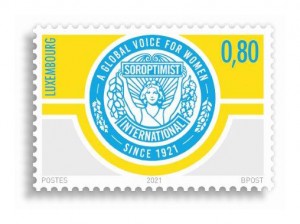 The “Fédération Luxembourgeoise de Handball” (Luxembourg Handball Federation) was founded on 10 March 1946, the year in which the first national championship was held.

Back in 1946, handball was still an outdoor sport, with 11 players per team on the court. With the construction of numerous sports halls in the early 1970s, handball became an indoor sport with teams of 7 players. Handball is now the third most popular sport in Luxembourg after football and basketball. The sport is characterised by its combative dynamism and speed, as well as the high degree of technique involved.

But Luxembourg teams also make their appearances in international competitions, some with great success, such as HB Esch, who reached the final of the European Cup competition in 2013.

Highlights of the 75th anniversary celebrations include a gala match between Germany and Portugal planned for November, and the “Fédération Luxembourgeoise de Handball” is hosting the international congress of the European Handball Federation. 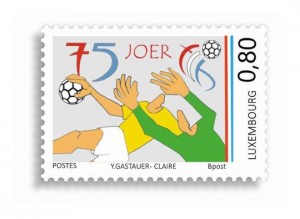 The FMPO runs 11 day and night centres for children, adolescents and unaccompanied minors, young mothers, young couples, women and victims of trafficking in human beings, 1 day centre for adolescents, 1 family assistance service, 3 counselling services for young mothers, parents and women in distress, 1 counselling service for victims of trafficking in human beings, 2 supportive housing services for young adults, women and families, and offers further professional training. The 130 employees of the FMPO are committed day after day to preventing and combating domestic violence and all other kinds of abuse.

At the age of 50, the FMPO is not short of projects, initiatives and ideas. 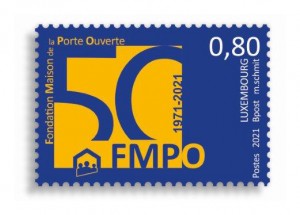 Hiking is a popular leisure activity in Luxembourg. There is also a large number of hiking, and the diversity of the country’s different regions can be discovered on varied routes.

The “Fédération Luxembourgeoise de Marche Populaire” (People’s Walking Federation), as the umbrella organisation, organises walks almost every weekend in cooperation with its local associations. Each association is of course keen to present the most beautiful and interesting trails of its region.

Anyone can take part alone or with family or friends, regularly or only if the route particularly appeals to them or time permits. The routes usually vary from 5 to 20 km, and most are circular walks, i.e. the start and finish are in the same place.

An average of 1,000 hikers take part in around 80 walks per year. You can meet like-minded people and make new friends, and for regular participants there are also competitions, ratings and awards.

The “Fédération Luxembourgeoise de Marche Populaire” has been a member of the International Federation of Popular Sports (IVV Internationaler Volkssportverband) since 1972. The location in the border triangle region naturally also favours joint events with clubs from neighbouring countries. 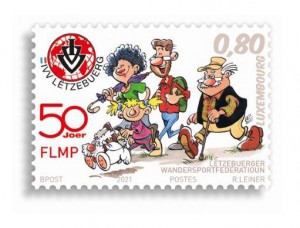 40 years of marriage of the grand-ducal couple

On February 14, 2021, HRH the Grand Duke and the Grand Duchess celebrated their 40th wedding anniversary, the so-called “Ruby Wedding”. On the same date in 1981, the then Hereditary Grand Duke Henri and Maria Teresa Mestre said “Yes, I do” in Notre-Dame Cathedral in Luxembourg.

Their Royal Highnesses met in the 70s during their studies at the University of Geneva. After their graduation, they became engaged on November 7, 1980.

Contact with the people of the Grand Duchy is a priority in the daily life of the Grand Duke and Grand Duchess. The values that make up the character of Luxembourg – tolerance, respect, dignity and solidarity – are reflected in the work and initiatives of Their Royal Highnesses. The Grand Duchess supports the Head of State in his representative duties at national and international level,and together they are also committed to humanitarian and social goals, among others, through the activities of their foundation, the Fondation du Grand-Duc et de la Grande-Duchesse.

In addition to these official duties, the family is important to the Grand-Ducal couple and their marriage produced four sons (Hereditary Grand Duke Guillaume, Prince Félix, Prince Louis and Prince Sébastien), a daughter (Princess Alexandra) and 5 grandchildren. 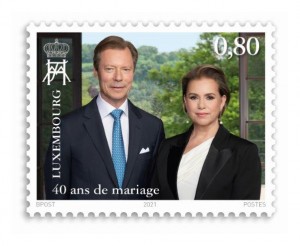