Post Luxembourg is issuing a new series of stamps on the 18th of March 2022.

First of all, Post Luxembourg is commemorating the 150th birthday of Sosthène Weis, a Luxembourgish architect and artist who made an important contribution to Luxembourg’s historical architectural heritage.

Another special stamp will be issued in remembrance of the “Hauptmann von Köpenick”. In 1906 Wilhelm Voigt got famous for his role as the captain of Köpenick. He spent the last twelve years of his life in Luxembourg and this year marks the 100th anniversary of his death.

A special stamp will be issued to celebrate the 125th anniversary  of the “Association des Ingénieurs et Scientifiques Luxembourg”.

Last but not least, this year marks the 100 years of the foundation of the “Motor-Union Luxembourg”, an umbrella organization dedicated to uniting all motorcyclists and representing their interests. The layout of this stamp is made by the local designer Tom Diederich

The Luxembourgish architect and artist Sosthène Weis was born on 29 January 1872 in Mertzig.

Many people will know Sosthène Weis as a painter of countless excellent atmospheric watercolours. While painting was his passion it is through his day job as an architect that he made an important contribution to Luxembourg’s historical architectural heritage. Conversely, his architecture studies no doubt influenced his painting style and subjects.

After completing his second-level education in Luxembourg, he began studying civil engineering in 1891 in Aachen and took additional courses in architecture. He completed his architecture studies in Munich and went on to work for a few years for Hans Grässel, chief architect of Munich.

He returned to Luxembourg and in 1905 Sosthène Weis became state architect. In this role he designed the Maison de santé (today the Centre hospitalier neuro-psychiatrique) in Ettelbruck, the Town Hall in Ettelbruck, the Hôtel des Postes – the former headquarters of POST Luxembourg – and the orangery in Mondorf Thermal Park. In 1919 he began working for ARBED, where he oversaw construction of the ARBED headquarters in Avenue de la Liberté to the plans of French architect René Théry, but also designed housing for the workers.

As an architect, he went on study trips abroad to draw inspiration from the best constructions. He took this knowledge and, allowing for local conditions such as topography and climate, applied it to Luxembourg, while also making sure to use stone from the region as much as possible. 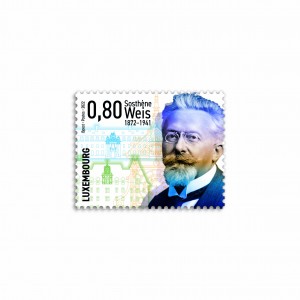 100th anniversary of the death of “Hauptmann von Köpenick ”

In 1906 he was working as a shoemaker in Wismar when he was denied a permit of residence for Wismar and Berlin. This drove him to do the deed that would make him famous as “Hauptmann von Köpenick (The Captain of Köpenick). He bought a secondhand uniform and, on 16 October 1906 in Berlin dressed in this military attire, he ordered ten Prussian guards to accompany him to Köpenick Town Hall. When they arrived he arrested the Mayor and confiscated the town’s treasuries of 3,557 marks and 45 pfennigs. Voigt was captured ten days later and sentenced to four years in prison. However, he was pardoned by the Kaiser and released after 20 months.

After his release he performed as “Hauptmann” in the circus and variety shows all over Germany, and sold autographed cards and his book “Wie ich Hauptmann von Köpenick wurde” (How I became the Captain of Köpenick). In 1910, Wilhelm Voigt moved to Luxembourg City, where he spent the last twelve years of his life. He worked as a waiter and shoemaker and, though interest waned, lived off his fame, which gave him a decent lower-middle-class living.

Impoverished by the aftermath of the war and inflation, he died of lung disease on 3 January 1922. His grave in Notre-Dame cemetery in Limpertsberg is still there today. It was restored by Sarrasani Circus in 1961. Tending of the grave was taken over by Luxembourg City in 1974. The many coins that visitors leave at his final resting place are put towards its upkeep. 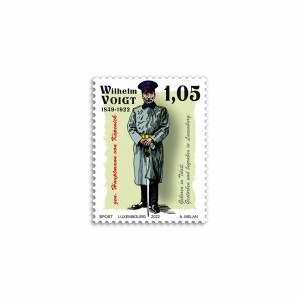 The large volume of new infrastructure that was being built at the end of the 19th century called for technical skills. Many of the experts in these fields who were from Luxembourg lived abroad and some of them returned home to fill these roles. This is how the Association des Ingénieurs Luxembourgeois came to be founded by six engineers and one architect in 1897. The name changed multiple times over the years, most recently in 1992, to Association Luxembourgeoise des Ingénieurs, Architectes et Industriels (ALIAI).

As well as facilitating the sharing of ideas in these fields, the Association showcases the diverse services its members provide. Engineers and scientists thus further the development of the technology, science and sustainability of the country and its economy.

These professions also constantly address current themes such as climate change, digitalisation and automation to play its part in coming up with adequate solutions.

Ingénieurs et Scientifiques du Luxembourg is very important in raising awareness among and getting young people interested in discovering and taking up jobs in technology and science. 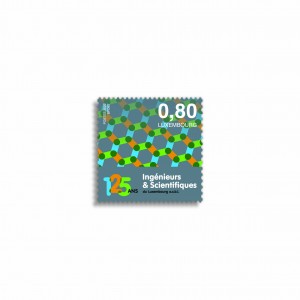 The Club des Motocyclettes Luxembourgeoises (CML) was founded on 5 May 1922 in Luxembourg. In 1923, it was renamed Motor-Union du Grand-Duché de Luxembourg (MUL). As the umbrella organisation, the MUL is dedicated to uniting all motorcyclists – both motorcycle racers and motorcyclist road users – to represent their interests and advance motorcycling in all its facets.

In addition to its sporting activities, the Association campaigns for motorcyclist road safety and promotes safety training courses and equipment for its members as well as raising awareness about care and consideration for other road users. The MUL represents the interests of motorcyclist road users to national authorities.

The MUL consists of various clubs, their members and leaders who share a passion for motorcycling. The MUL supports and promotes their networking endeavours and collaboration on joint activities, training and competitions/races. 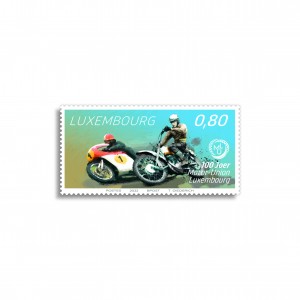