Luxembourg new stamp issues in May 2021

POST Luxembourg is issuing a new series of stamps on May 11th 2021.

The first special stamp is dedicated to the Summer Olympics which will take place from July 23rd to August 8th in Tokyo.

Two stamps are part of this year’s EUROPA stamps. The 2021 theme is based on the “Endangered National Wildlife” and marks the start of POST Philately’s three-year cooperation with Luxembourg’s Nature and Forest Agency.

For the 125th anniversary of the “Lycée des arts et métiers” another special stamp will be issued. It is Luxembourg’s oldest public technical college.

The 25 years of the “Fondation Autisme Luxembourg” will also be commemorated by a stamp.The main goal of this organization is to campaign for the rights of people with autism, regardless of their degree of disability.

Finally, the last anniversary to be commemorated is the 25 years of the Luxembourg City Museum which is illustrated by an original drawing by Irina Moons.

From Friday 23 July 2021 to Sunday 8 August 2021, Tokyo will host the Summer Olympic Games for the second time – the first having been in 1964. The plan is to stage 339 events in 51 disciplines. The Games were originally scheduled to take place in 2020 but, like many other major international events, had to be postponed due to the Covid-19 pandemic.

The concept “Be better, together – for the planet and the people” reflects the aim of incorporating the 17 Sustainable Development Goals (SDGs) of the United Nations into the planning and staging of the Games as far as possible. Accordingly, the efforts of the Organising Committee are centred on less inequality, the sustainable use of resources, responsible consumption and production, climate change and global partnership. Many large and small individual initiatives are intended to set an example. For example, the 5,000 Olympic medals were made out of recycled material from 6.2 million or so old mobile phones collected over a two-year period. The winners’ podiums are made out of household plastic waste, and will be turned into packaging material again once the Games are over. The timber structures in the Olympic Village will be turned into park benches for Tokyo.

In Luxembourg, preparations are fully underway on the part of the National Olympic Committee (Comité Olympique et Sportif Luxembourgeois, COSL) with the aim of giving athletes the best possible support and enabling them to concentrate on their athletic performance. Weather conditions in Tokyo will undoubtedly be a major challenge too. 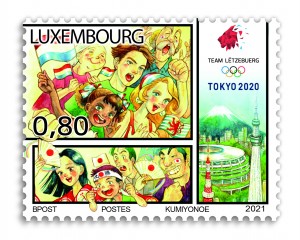 EUROPA stamps symbolise Europe’s desire for closer integration and cooperation. The stamps are issued by European postal administrations/enterprises and bear the EUROPA logo.

PostEurop is the organisation responsible for issuing EUROPA stamps since 1993. Its choice of motifs on this year’s theme of “Endangered National Wildlife” marks the start of POST Philately’s three-year cooperation with Luxembourg’s Nature and Forest Agency, the focus of which is the protection of the most endangered species of animal native to Luxembourg.

The Western polecat is a member of the weasel family and mainly active at dawn/ dusk and at night. It spends the day sleeping in its den (burrow, crevice, woodpile, etc.). The Western polecat mainly eats amphibians such as frogs and toads, but also mice and rats, eggs and invertebrates.

In Luxembourg, Western polecat numbers have declined sharply since the 1970s. The main reason is a loss of wetlands due to the intensification of farming, which has resulted in a sharp drop in many species of amphibian – its main prey. The Western polecat was made a protected species in 2009. Despite this measure, numbers have never really recovered.

The greater mouse-eared bat is among the biggest native species of bat. Summer sees the females form nursery colonies, where they rear their young. The species is in serious decline in Luxembourg, often as a result of disturbance to their habitat.

In some cases, their hunting areas are more than 20 kilometres away. The animals favour old deciduous forests with little vegetation at ground level, as they require easy access to the forest floor and the insects that live there.

The animals spend the winter in caves, tunnels or cellars. They usually hang free from the roof or walls, but can also hide in deep crevices. 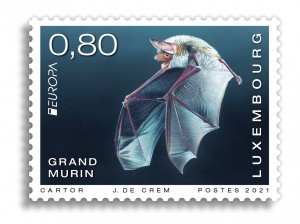 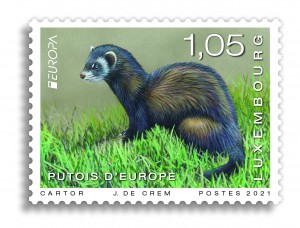 In its 125 years in existence it has always been at the forefront of progress. Known firstly for its wide variety of disciplines and study programmes, and secondly for its constant innovative spirit, it is continuously developing and expanding the range of programmes its offers – the latest additions being the BTS (Advanced Vocational Diploma) in Game Programming and Game Design, the BTS in Game Art and Game Design and the BTS in Internet of Things in 2018.

Long before the adjective “technical” became officially used for one of the branches at secondary level, the “Handwierkerschoul”, as the Lycée is also known as, was at the vanguard of teaching and academic progress. Its goal was always to provide good technical training, with many of the college’s graduates demonstrating their talent and skills as tradespeople and technicians, or as students at universities and other higher education establishments both in Luxembourg and abroad.

In addition, the college has trained many of the Grand Duchy’s most talented artists: painters and sculptors who became leaders of the Luxembourg art scene, including Joseph Kutter, Nico Klopp, Jean Noerdinger, Auguste Trémont and Lucien Wercollier.

It’s therefore fair to say that tradition and innovation have always gone hand in hand at the LAM, and will continue to do so.

25 years of the “Fondation Autisme Luxembourg”

The Fondation Autisme Luxembourg (FAL) was set up on 18 June 1996 by a group of parents with a view to doing something about the lack of facilities and services for people with autism in Luxembourg.

They set themselves the task of creating a first-class care framework tailored to the disability, with the specific aim of helping their children to become more independent. The foundation’s main goal is to campaign for the rights of people with autism, regardless of their degree of disability.

In 1999, the FAL acquired a site in Munshausen, in the north of the country, for the construction of a residential facility; this was inaugurated in 2002. The first six residents moved into the building a few days later.

Since it was founded, the services offered by the FAL have been expanded continuously and it currently employs a total of 180 people at its three sites in Capellen, Munshausen and Rambrouch.

In keeping with its mission statement of “Together we create a better life”, the FAL has already achieved a lot over the past 25 years and is working hard to ensure that in the future, too, there are enough options to improve the lives of all individuals affected.

The FAL is a member of the Autism Europe umbrella association, comprising over 90 organisations of parents and people with autism in 38 European countries. The Foundation regularly hosts visits from other European institutions for people with autism. 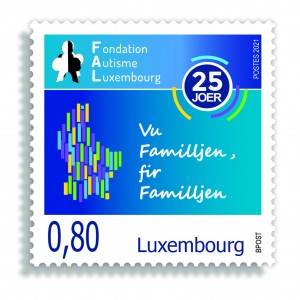 25 years of the Lëtzebuerg City Museum

The Luxembourg City History Museum has been located in the centre of the Old Town since 1996. Its extensive permanent exhibition “The Luxembourg Story” as well as regular temporary exhibitions bring the capital city’s history – spanning more than 1,000 years – to life.

The architecture of the History Museum represents a journey through history: the museum was built within four town houses dating from between the 17th and 19th centuries, and also contains some medieval features. One particular architectural highlight is the glass panoramic lift that conveys visitors between the museum’s six floors, offering them spectacular views in the process: from a glimpse of the Rham plateau and the Grund district to the rock on which the city is perched.

The museum’s collection comprises over 30,000 items illustrating the city’s economic and social history, as well as its political history and stories of everyday life. Special thematic exhibitions explore particular aspects of the city’s history or turn the spotlight on social issues.

Regardless of the restrictions imposed in response to the Covid-19 pandemic, Lëtzebuerg City Museum will continue to expand digital interaction with virtual visitors as well as an in-house app. In addition, it aims to involve the city’s residents more closely in the preparation of exhibitions. 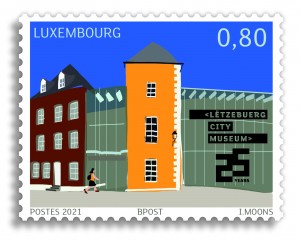