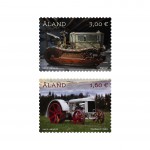 
Preserved at the Åland Agricultural and Forestry Museum in Ringsböle, Jomala, the American Cletrac crawler tractor is believed to be the first tractor in Åland. According to a local newspaper article (Tidningen Åland), brothers Karl and Johan Söderlund of Ödkarby, Saltvik, acquired it from Sweden in 1919 to use on their farm. Karl Söderlund describes the tractor in the article: “It was a Cletrac tractor, with tracks, and it had a mighty forty horsepower Cleveland engine. It failed us only once, when a brake band broke.”

A Fordson iron wheel tractor, model F from 1924, is portrayed on the other stamp. It was probably the second tractor in the municipality of Hammarland, and it has been on the same farm in Näfsby, Hammarland, since it was purchased by farm owner Viktor Hamström in the 1920s. However, Gunnar Fagerholm, married to Hamström’s adopted daughter Almida, sat behind the wheel. The tractor was widely used in the entire district for ploughing, harrowing and threshing, we learn from grandson Ralf Fagerholm, who has restored it and keeps it on the family farm. The tractor rolled until 1955, after which it operated as a stationary engine well into the 1960s, running both chippers and grinder. 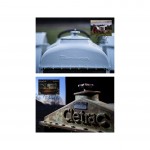 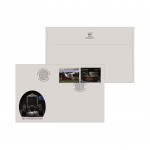