Guernsey Post is delighted to announce that a new set of stamps will be issued on 1 September to mark the 25th anniversary of The Princess of Wales’s Royal Regiment (PWRR) including a miniature sheet depicting Diana, Princess of Wales, who was the Regiment’s Colonel-in-Chief from 1992-1997.

Formed on the 9th September 1992 following the merger of The Queen’s Regiment and The Royal Hampshire Regiment, the PWRR, which is the recipient of new Colours this year, is the county regiment for the South-East of England, together with the Channel Islands and the Isle of Wight.

Guernsey had strong links with the forebear Regiment the Royal Hampshire, the island’s local Regiment, which continue today through the PWRR.

During the Second World War, many Guernseymen volunteered to fight with the Regiment, including Lt Hubert Nicolle MC, who successfully landed on Guernsey twice during the occupation to carry out spying missions. Another, Major – later Brigadier – Wallace Le Patourel, who joined the 2nd Battalion of the Hampshire Regiment, attacked machine gun posts with a small team using small arms and grenades whilst serving in Tunisia in 1942. When his team became wounded he continued alone until he was wounded and subsequently captured. Witnesses reported that he had been killed and he was awarded the VC posthumously. Following the Italian surrender he was repatriated and received the VC during a ceremony in Cairo.

Said Bridget Yabsley, head of philatelic at Guernsey Post: – “With its long heritage the PWRR, whose members are also known as The Tigers, has been represented in almost every campaign – and is one of the most decorated – in the British Army.

“Given Guernsey’s long standing links through the forebear Royal Hampshire Regiment we are particularly delighted to mark the 25th anniversary and presentation of new Colours with these stamps, as well as a miniature sheet depicting Princess Diana, its first Colonel-in-Chief, who was greatly admired by the Regiment.”

The stamps are available to pre-order from 14 August at www.guernseystamps.com or by calling Philatelic Customer Services on +44 (0) 1481 716486. 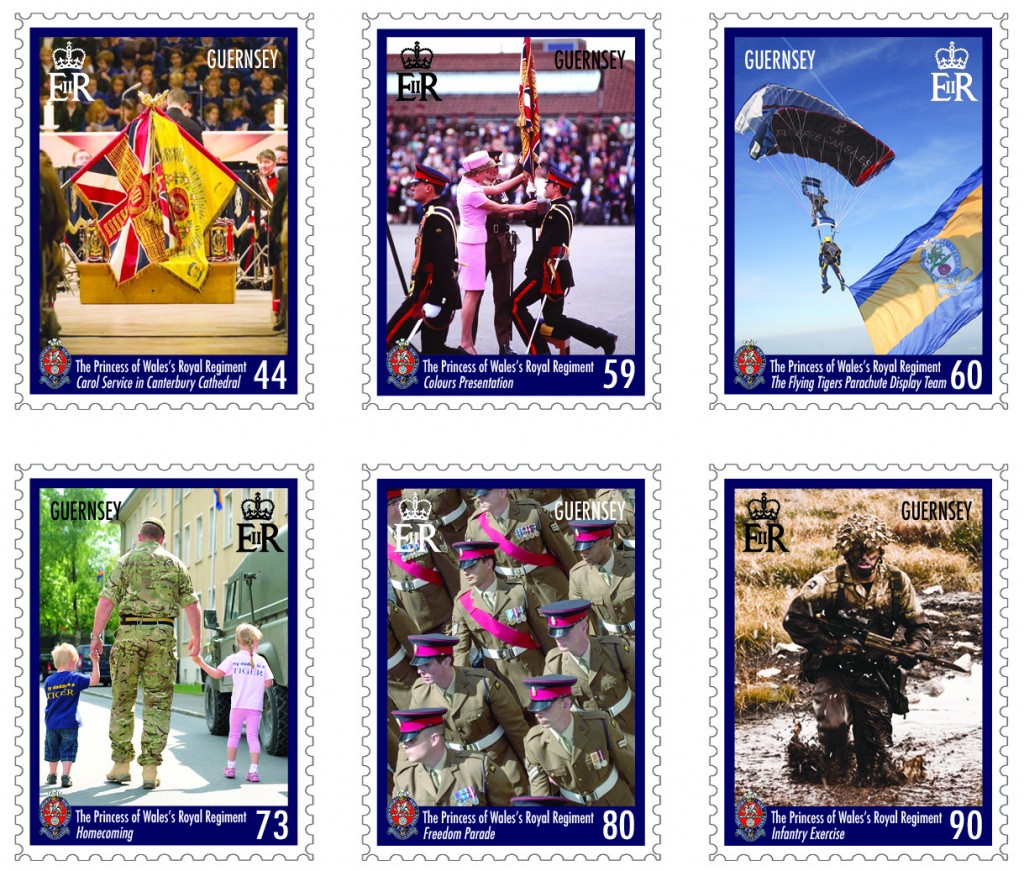 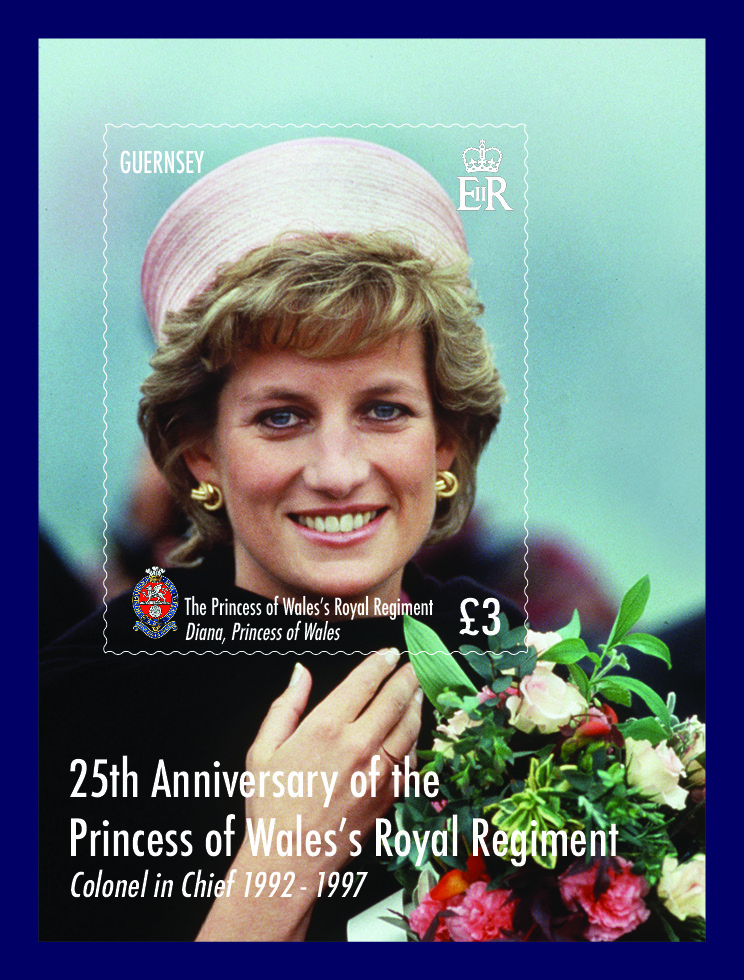