Festive stamps depicting two classic Christmas stories are to be issued by Guernsey Post on 8 November.

Designed by artist and illustrator Andrew Robinson, the Guernsey issue stamps depict the children’s Christmas story The Nutcracker and the Mouse King originally written by German author E.T.A. Hoffmann, which was first published in 1816. It was later adapted by French author Alexandre Dumas and subsequently used for the well-known ballet The Nutcracker, first performed in 1892.

The story features a young girl called Marie who is given a Nutcracker, which looks like a toy soldier, on Christmas Eve. That night Marie witnesses a battle between her dolls under the leadership of the Nutcracker, as well as mice whose king has seven heads. The following day, Marie finds out that the Nutcracker was once a young man who was cursed by the Mouse Queen. Further battles between the Nutcracker and the Mouse King take place before the rodents are defeated and the curse is finally broken.

For its Alderney issue stamps, the philatelic bureau has depicted another famous festive tale – Charles Dickens’ A Christmas Carol, also designed by Robinson. Dickens, often considered the greatest novelist of the Victorian era, wrote the story in 1843 having seen the conditions of the manufacturing works in Manchester. At the time it was tradition to read ghost stories at Christmas.

The tale focuses on Ebenezer Scrooge, an old man who is known for his miserly ways. On Christmas Eve,  Scrooge is visited by a series of ghosts, starting with his old business partner, Jacob Marley. The three spirits which follow, the Ghosts of Christmas Past, Christmas Present and Christmas Yet to Come, show Scrooge how his mean behaviour has affected those around him. At the end of the story Scrooge is relieved to discover that there is still time for him to change his ways and he transforms into a kind-hearted human being.

Bridget Yabsley, head of philatelic at Guernsey Post said: – “I’m delighted that we are able to depict these classic, well-loved Christmas stories across our Guernsey and Alderney issues. Andrew Robinson has created two vibrant sets of stamps which really bring the stories to life.” 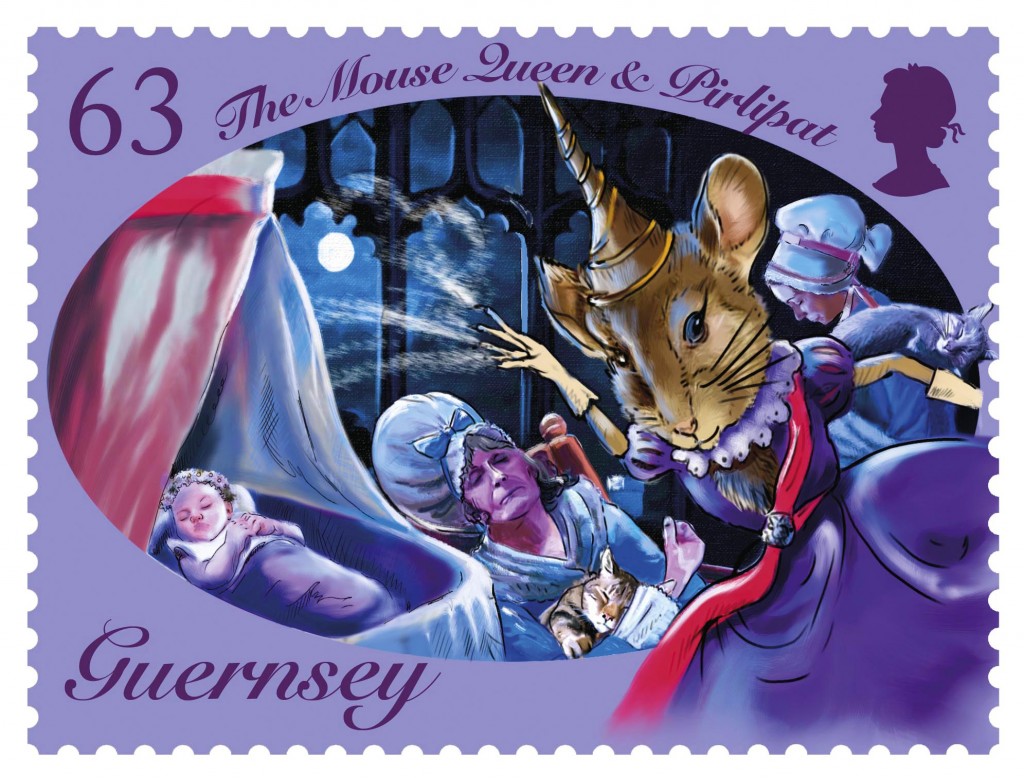 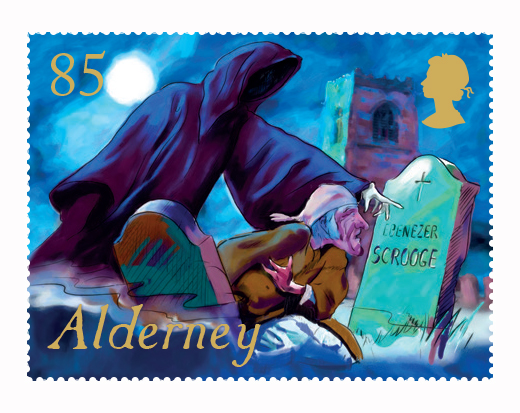