In just a month, on November 1st, Postphil will issue the penultimate set in the series “Icelandic Art”.

When it is completed next year, the Icelandic Art series will comprise 10 sets altogether, or a total of 40 stamps! Starting with Icelandic Outsider Art and finishing next year with New Painting (painting after the 1980s), it has been issued regularly each year since 2010 and spans the history of visual art in Iceland since the beginning of the 20th century.

Once again, designer Hlynur Ólafsson was in charge. The subject of this year’s set are works by members of the SÚM group (oddly named after Sumer, the earliest known civilization in the historical region of southern Mesopotamia)

The SÚM artistic collective was born in Reykjavík in the mid-1960s and remained active until well into the 1970s. The group may be regarded as the first consciously disruptive movement in Icelandic art and was a protest movement against conventional Icelandic art of the late 20th century, which consisted mostly of landscape paintings and abstract art. The SÚM artists came from all sorts of backgrounds and many of them were largely self-taught.

The SÚM movement is rooted in the social-cultural upheavals of the late 1950s and early 1960s, its members contesting the decadence ​​of moral values in Western culture. Many revolutionary ideas were introduced to a new generation of Icelandic artists by Swiss-German artist Dieter Roth, who lived in Iceland for some time.

In the Icelandic art scene, these ideas mostly were manifested through “New Realism”, which essentially meant that SÚM artists rejected “ordinary” art in the sense that they felt it as being just a pale copy of real life and things. Instead, they sought to make use of real material and existing artifacts, highlighting the simple beauty of nature and giving the viewer the experience of being part of a non-hierarchical universe where everything must be taken at face value.

Sigurður Guðmundsson (b. 1942) photographs a selection of commonplace phenomena from nature and assembles them into a collage where he also plays a role. 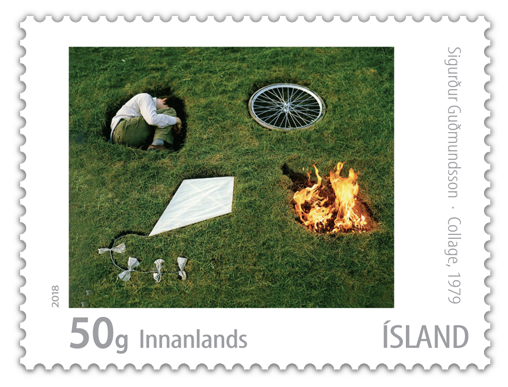 Hreinn Friðfinnsson (b. 1943) uses an ordinary pocket mirror to reflect (on?) two perspectives of reality, bringing together macrocosmos and microcosmos. 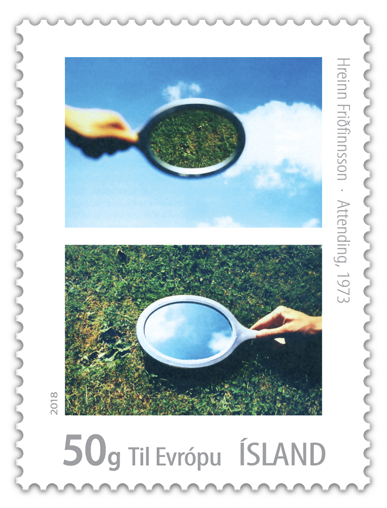 Jón Gunnar Árnason (1931-1989) collects disused mechanical parts and turns them into an electrified pulsating heart. (Jón Gunnar Árnason is also the creator of Sólfar  (the Sun voyager), one of Reykjavík’s most famous sculptures- it is highly popular among tourists) 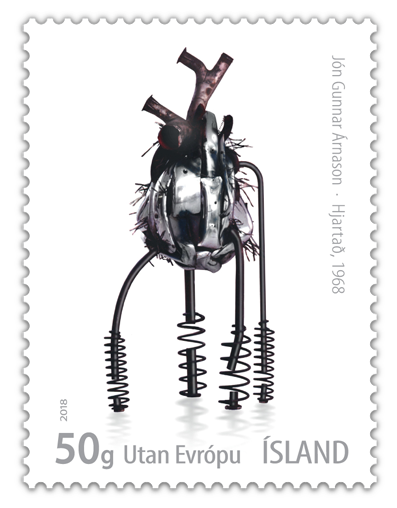 Róska’s painting (1946-1996) however, reveals the artist’s relationship to passing time and to her identity as a woman. 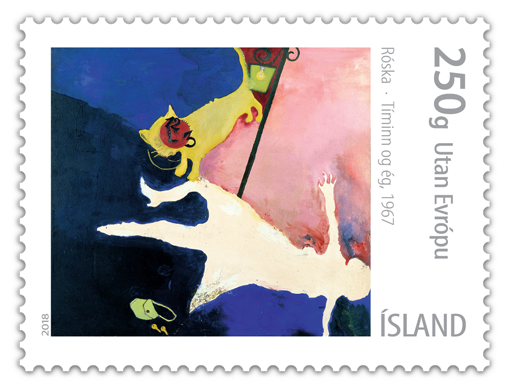 In fact, most of the works produced by SÚM-artists are in effect existential queries in a new and unexpected form.

While many of these works were made of perishable materials, their influence persists and mark both the end of a period and the emergence of a revival in Icelandic art.

All these issues are available from our webstore.

The issue 674-D will be available soon – we’ll keep you posted!  And in the meantime, you can check out our facebook page!