From cooking to labour unions going through handcrafts and anniversaries, for the first issue of 2016 on February 18th, Iceland Post will be releasing 8 new stamps addressing various themes from the country’s history, culture and way of life.

The year starts with three anniversary stamps :  the town of Ísafjörður is 150 years, while the Icelandic Federation of Labour Unions celebrates its centenary and the Icelandic Literary Society its bicentenary.

Designed by Tryggvi Tryggvason, stamp 626A celebrates the 100th anniversary of the Icelandic Federation of Labour Unions. It is domestic non-priority mail and worth 137 ISK. 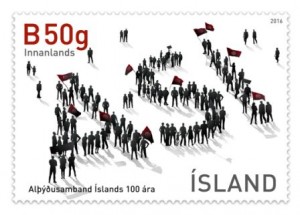 626A The Icelandic Federation of Labour Unions – 100th Anniversary

According to the Icelandic Book of settlements, the area around Ísafjörður in the Westfjords was inhabited from around the year 1000AD. Ísafjörður was once amongst the largest towns in the country and it has been a town for 150 years now. 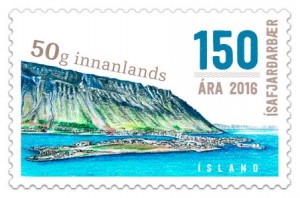 627A The town of Ísafjörður 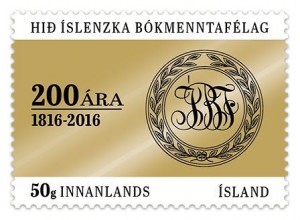 The 2016 Norden stamps are dedicated to Nordic cuisine, thus Iceland’s Norden stamp features Icelandic raw food ingredients, imaginatively set up as if to represent a landscape… a foodscape, if you would! 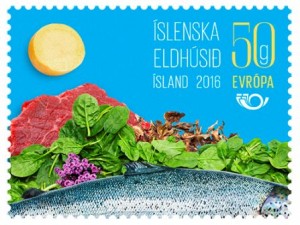 629A Norden Stamps – the Nordic Kitchen

And last but not least, in this issue, the one before last of the Icelandic Contemporary Design series will also be released.

This time, the collection is dedicated to Ceramics design, and features pieces by four different Icelandic designers or designer teams. 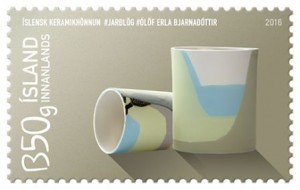 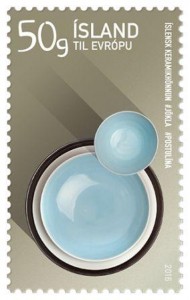 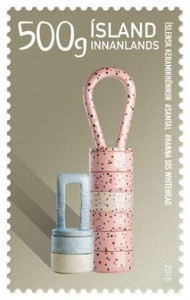 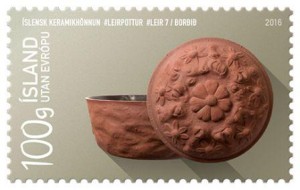 The new stamps and philatelic products (FDCs etc) are available at our webshop or you can place an order at our office : 00354-580-1050 from 9 am to 4 pm Icelandic time on weekdays.

Looking forward to hearing from you!