One of Frances Hodgson Burnett’s best-known works, The Secret Garden, has been celebrated with a set of six Alderney stamps depicting illustrations taken from the original novel.

Hodgson Burnett (1849-1924) was born in Cheetham Hill, Manchester. Her family moved to Tennessee, USA, when she was aged 15. She began her writing career aged 19 to help supplement the family income. Following great success as a novelist, Hodgson Burnett began to travel to England frequently and in the 1890s she lived at Great Maytham Hall in Kent, a home she cherished, which is thought to have inspired The Secret Garden. At Maytham, Burnett created an outdoor study where she wrote each morning in the company of a robin that grew tame – the inspiration for Mary Lennox’s robin in The Secret Garden.

50p: 10-year-old Mary Lennox discovers the key that opens a door into the secret garden within the sprawling grounds of Misselthwaite Manor.

70p: Mary sits in the secret garden with Dickon Sowerby, the brother of Mary’s maid, along with Dickon’s wild pets: Captain the fox, Soot the crow, and two squirrels named Nut and Shell.

73p: Drawn by the noise of a child weeping, Mary discovers a thin, pale child lying upon a huge bed. It is Colin Craven, the son of her Uncle, Archibald Craven, master of Misselthwaite Manor.

£1.00: Dickon nurses a new-born lamb whilst his wild pets meet Colin for the first time, as Mary looks on.

£1.15: In the rose garden, the gardener Ben Weatherstaff suggests they sing the Doxology, a song they sing in church. Mary, Colin, and Ben listen whilst Dickon sings for them.

£1.20: A re-worked and colourised photograph of Frances Hodgson Burnett, taken in 1886.

Bridget Yabsley, head of philatelic at Guernsey Post, said: – “Hodgson Burnett’s coming-of-age novel The Secret Garden is widely considered to be her masterpiece. We are delighted to celebrate its success and popularity over 100 years after it was first published in book form.”

The stamps and related products are available to order at www.guernseystamps.com or by calling Philatelic Customer Services on +44 (0) 1481 716486. 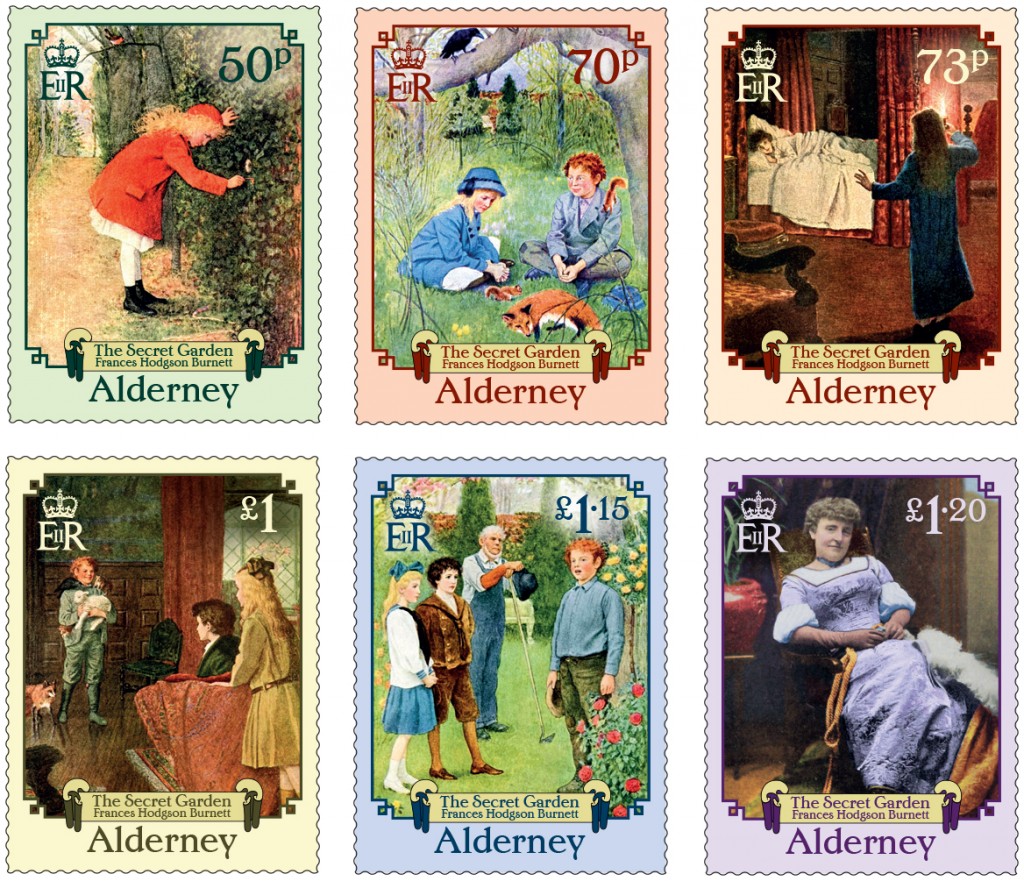