The fourth and final stamp commemorating the formation of the Royal British Legion is to be released by Guernsey Post on Armistice Day (11 November 2021), 100 years after the organisation was formed.

The final stamp features an image of HMS Ardent during the Falklands conflict and follows the earlier release of stamps in the series depicting two Supermarine Spitfires (17 February 2021); a Hawker Hurricane fighter plane (15 May 2021); and British soldiers on patrol in Helmand province, Afghanistan (1 September 2021).

A commemorative souvenir sheet depicting the four stamps joined together and bearing a colourful wreath of poppies will also be released on 11 November.

Bridget Yabsley, head of philatelic at Guernsey Post said: – “We are delighted to commemorate this important milestone in the history of The Royal British Legion with our stamp series. When the British Legion was formed in 1921 it brought together four national organisations, which had established themselves to support those who had suffered as a result of service during the First World War.

“100 years on, the Royal British Legion may have grown in stature but it remains committed to providing vital support to members of the Royal Navy, British Army, Royal Air Force, veterans and their families.”

The fourth stamp and souvenir sheet are available to pre-order from 20 October at www.guernseystamps.com or by calling Philatelic Customer Services on +44 (0) 1481 716486. 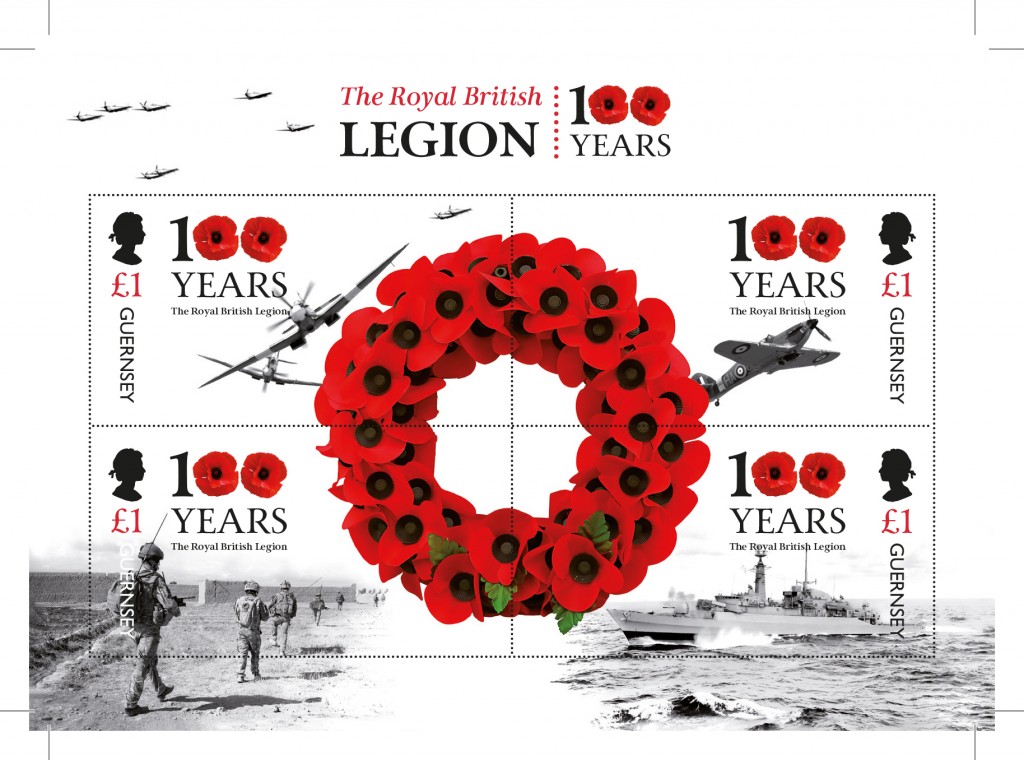