Guernsey Post’s philatelic bureau is delighted to announce that it will issue two sets of Christmas stamps reflecting the story of the Biblical nativity, also known as the Christmas story, which recounts the birth of Jesus (stamp issue date: 3 November 2021).

For the Guernsey set, the philatelic bureau commissioned local artist Frances Lemmon to create a modern interpretation of the nativity story, as described in the Biblical gospels of Matthew and Luke. Lemmon’s bold and contemporary images depict some well-known scenes, including Mary giving birth to Jesus in a stable, surrounded by animals, and the WiseMen – or Magi – following a star in the night sky which leads them to Jesus’s birthplace.

For the Alderney set, Guernsey artist Joe Smith has produced some vibrant stained-glass window designs and depicted recognisable Biblical passages associated with the nativity story, which appear in the gospels of Luke and Matthew and are taken from the King James version of the Bible.

Bridget Yabsley, head of Guernsey Post’s philatelic bureau, said: – “We are delighted with this year’s Christmas stamps for Guernsey and Alderney, which bring to life the centuries old story of the nativity with their contemporary feel.”

The Guernsey and Alderney Christmas stamps and related products are available to pre-order from 19 October 2021 at www.guernseystamps.com or by calling Philatelic Customer Services on +44 (0) 1481 716486. 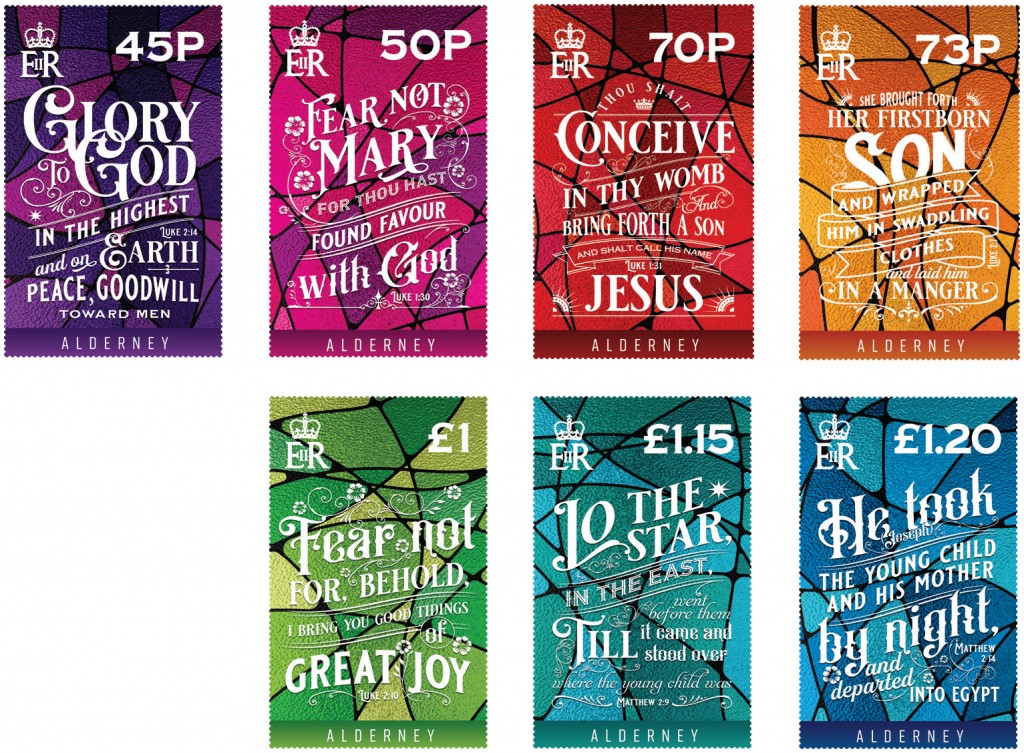