Guernsey Post’s philatelic bureau is delighted to announce that it will release a miniature sheet stamp depicting St Anne’s Church on the island of Alderney, in celebration of the 170th anniversary of its consecration in 1850.

Widely acknowledged as being one of the finest Victorian buildings in the Channel Islands, the Church of St Anne was built to the design of Sir George Gilbert Scott, one of the most prolific architects of the 19th century. Scott was famed for much restoration work on ecclesiastical buildings, including Westminster Abbey in London.

Originally intended to serve both as a parish church and a garrison church for the military stationed there in the mid 19thcentury, the threat of invasion eventually came from Germany, whose forces occupied the island during World War II and used the church as a store. German graffiti carved into the stonework serves as a permanent reminder of the island’s Occupation.

Bridget Yabsley, head of Guernsey Post’s philatelic bureau, said: “We are delighted to feature the beautiful Church of St Anne on our Alderney miniature sheet, in celebration of its 170th anniversary.

“St Anne’s is the only church in the Channel Islands that is home to a wonderful peal of twelve Taylor bells known for their unique five-tone characteristic, which sets them apart from all other cast bronze bells.

“Originally there were six bells at St Anne’s, but these were removed during the German Occupation and four were sent to Cherbourg to be melted down for munitions. Against all the odds the bells were found after the war and returned to be recast and re-hung with the other two surviving bells.  In 2013, a newly refurbished peal of twelve bells was installed; bell-ringing groups often visit Alderney to ring these wonderful bells.”

The miniature sheet is available to pre-order at www.guernseystamps.com or by calling Philatelic Customer Services on +44 (0) 1481 716486. 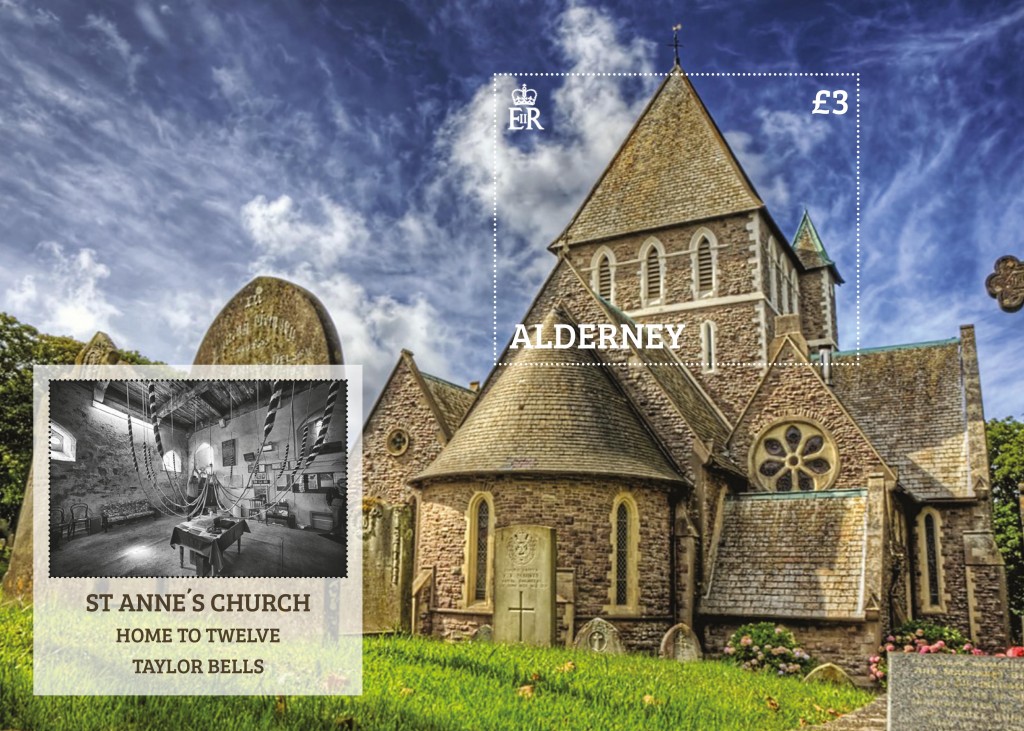