Guernsey Post’s philatelic bureau is delighted to announce the release of a new set of commemorative stamps, which depicts the coins issued in 1971 when decimalisation was introduced in the Bailiwick of Guernsey. The Alderney-issue stamps feature spot UV gloss to create a high shine effect on the coins.

Bridget Yabsley, head of philatelic at Guernsey Post said: – “On the 15th February 1971, Guernsey, along with the UK, went decimal, and the new halfpenny, penny and two pence coins were introduced into circulation. None of the original coins issued in 1971 carry the Queen’s portrait as they do today, and instead feature the arms of the Bailiwick of Guernsey on the obverse, consisting of a red shield with three gold lions.

“We are really delighted to commemorate the introduction of decimalisation in the Bailiwick 50 years ago. With the exception of the ½ pence coin, each of the coins featured on our commemorative stamps depicts Bailiwick associations.”

50p – The reverse of the seven-sided 50 pence coin bears the Ducal cap of the Duke of Normandy, whilst the Arms of the Bailiwick of Guernsey in the background.

68p – The reverse of the 10 pence coin depicts the famous Guernsey cow breed, better known as Guernseys or the Golden Guernsey.

70p – This variety of lily, Nerine sarniensis, seen on the reverse of the five pence, is known as Guernsey’s National Flower and is often referred to as the Guernsey lily.

85p – Built in 1571, Sark Windmill is depicted on the reverse of the two pence coin and appears on the stamp to commemorate the windmill’s 400th anniversary.

95p – Close to Alderney’s coastline, the rock of Les Etacs is home to almost 6,000 pairs of Gannets from mid-February until late September. The gannet is a symbol of Alderney.

£1.02p – This stamp bears the half pence coin, which on the reverse has the wording ‘½ New Penny’ against a background of the Arms of Guernsey, depicted on the obverse.

The stamps and related products are available to pre-order from 1 February 2021 at www.guernseystamps.com or by calling Philatelic Customer Services on +44 (0) 1481 716486. 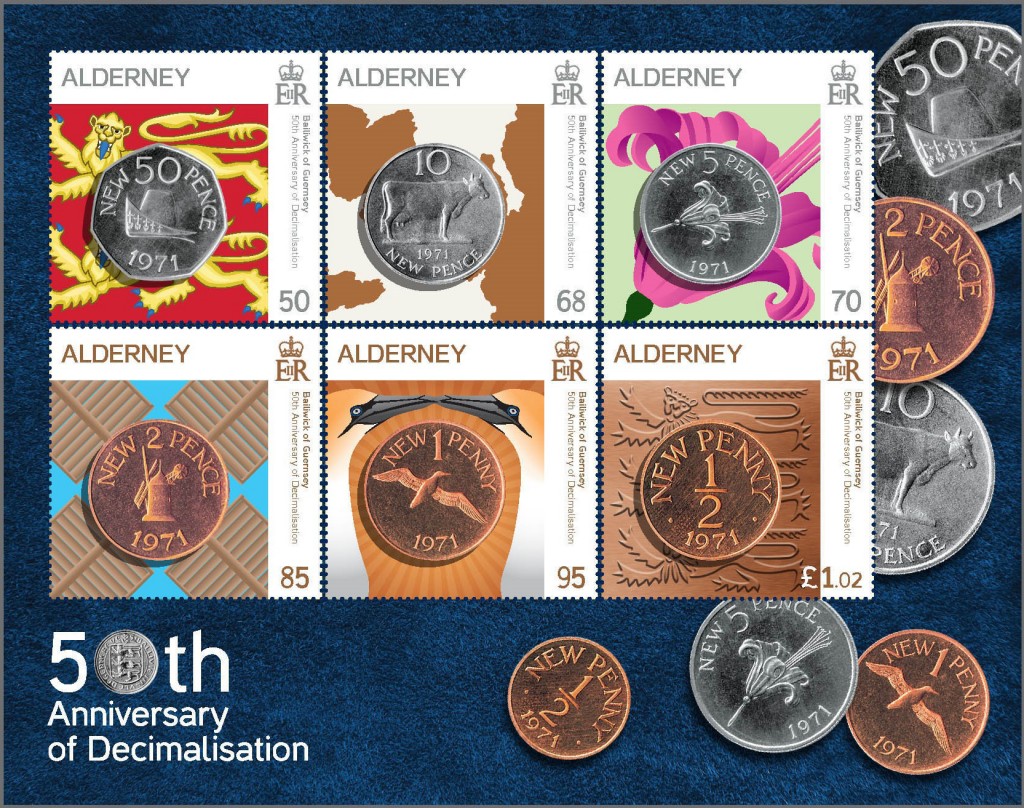