Guernsey commemorates the Centenary of the Royal British Legion

Guernsey Post is delighted to announce that it will release commemorative stamps to mark the 100th anniversary of the formation of the Royal British Legion. The four stamps will be issued during the course of 2021, with the first stamp being released on 17 February.

Fourth stamp (£1.00) – Depicts part of the poppy wreath and HMS Ardent during the Falklands conflict in 1982. This stamp – along with the souvenir sheet bearing the four stamps and depicting a wreath of poppies – will be issued on 11 November 2021.

Bridget Yabsley, head of philatelic at Guernsey Post said: – “The British Legion was formed on 15 May 1921 and brought together four national organisations of ex-servicemen, which had been established after the First World War. The Legion’s purpose was to care for those who had suffered as a result of service during the war. The first ever Poppy Appeal was also held that year and was used to help WW1 veterans with employment and housing. It has been adopted as a symbol of Remembrance ever since.

“We are proud to commemorate the centenary of The Royal British Legion, which, 100 years on, remains committed as ever to providing vital support to members of the Royal Navy, British Army, Royal Air Force, veterans and their families, long after service is over.” 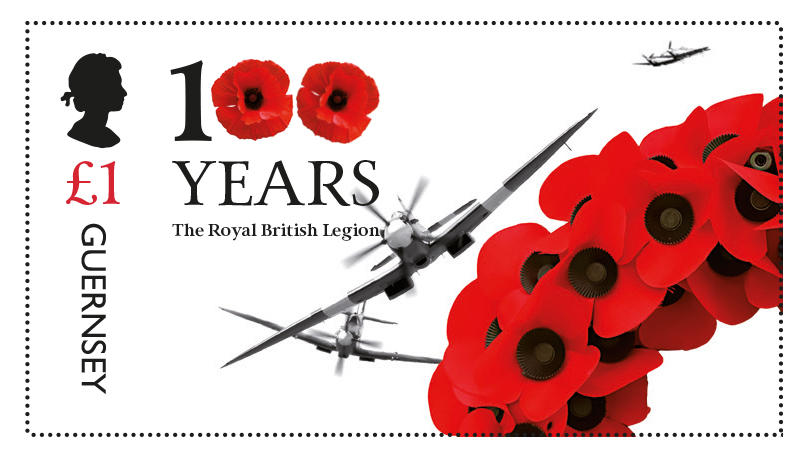