Guernsey Post’s philatelic bureau is excited to announce that it has issued two colourful sets of Christmas stamps depicting Santa on his travels around the islands of Guernsey and Alderney.

Beautifully illustrated by local artist Steve Winstanley, both sets feature Santa against the backdrop of several local landmarks and, in a playful twist, include images depicting some of the islands’ famous creatures – the Guernsey Cow (95p stamp) and one of Alderney’s Blonde Hedgehogs (45p stamp).

In Guernsey, one of the highlights of the festive calendar is Santa’s eagerly anticipated arrival on the island by lifeboat (45p stamp); on another stamp, he is depicted scaling the lighthouse at Les Hanois, a local icon that stands tall on the rocks, to rescue the sack of presents, which he dropped whilst flying overhead earlier in the evening (68p stamp).

The light-hearted theme continues on the Alderney set, with Santa taking a ‘selfie’ photo with one of his elves, complete with Alderney’s signature yellow telephone box and blue post box in the background (70p stamp). In what has become a Christmas tradition, Santa is also seen enjoying a ride on the Alderney Train (95p stamp), which is the only working railway in the Channel Islands and was once enjoyed by Queen Victoria and Prince Albert, who rode on the railway in a horse drawn tender in 1854.

Bridget Yabsley, head of Guernsey Post’s philatelic bureau, said: – “For this year’s Christmas stamps, we wanted to capture the fun and excitement that many people associate with Christmas. We are delighted with the colourful stamp designs that Steve Winstanley has created, which highlight some of the festivities enjoyed in the beautiful Bailiwick of Guernsey.”

The Guernsey and Alderney Christmas stamps and related products are available to order at www.guernseystamps.com or by calling Philatelic Customer Services on +44 (0) 1481 716486. 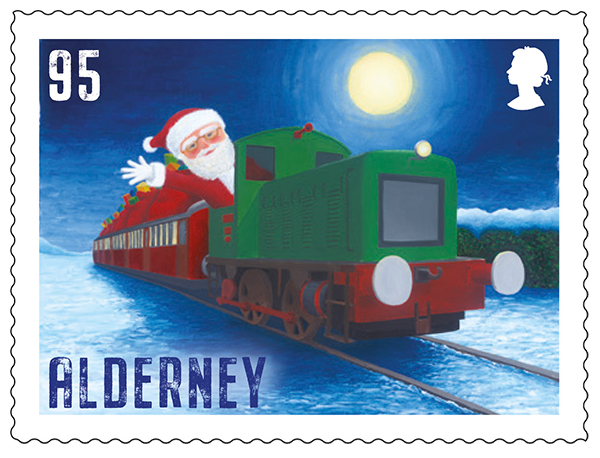 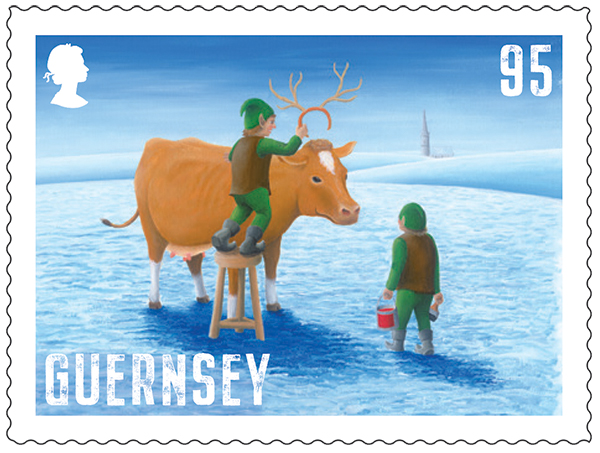