Guernsey Post is delighted to announce the launch of new Guernsey and Alderney Year Set Folder products, which replace the Yearbook that its philatelic bureau has produced in previous years.

Bridget Yabsley, head of philatelic at Guernsey Post, explained: – “Traditionally, we have produced a Yearbook containing our entire stamp sets for each year, for Guernsey and Alderney. However, we recognise that some of our customers collect either Guernsey or Alderney specific stamp issues, which is why we have decided to offer separate Year Set Folders for both islands.

“The Year Set Folders contain the full set of stamps released this year for each island. They are beautifully presented in full colour and retail at the price of the stamps they contain, so they’re excellent value for money. It also means that customers choosing to purchase both Guernsey and Alderney set folders won’t incur any additional cost for doing so,” she added.

The Guernsey Year Set Folder comprises a wealth of commemorative issues including the 100th birthday of Rupert Bear, the 75th anniversary of Guernsey’s Liberation, and stamps to mark the 250th anniversary of the birth of the composer, Ludwig van Beethoven. Endangered Species, Local Artists and Chinese New Year stamps also feature among the diverse range of topics.

Beautifully illustrated by local artist Steve Winstanley, this year’s Christmas stamps depicting Santa on his travels around the islands of Guernsey and Alderney are also included in the respective Year Set Folder.

Guernsey’s philatelic bureau is also excited to announce details of its stamp programme* up to 31 March 2021, which comprises: –

The 2020 Year Set Folder products are available to pre-order now by visiting www.guernseystamps.comor by contacting Guernsey’s Philatelic Bureau on +44 (0) 1481 716486.

*Note: Stamp programme details and issue dates are subject to change without prior notice. 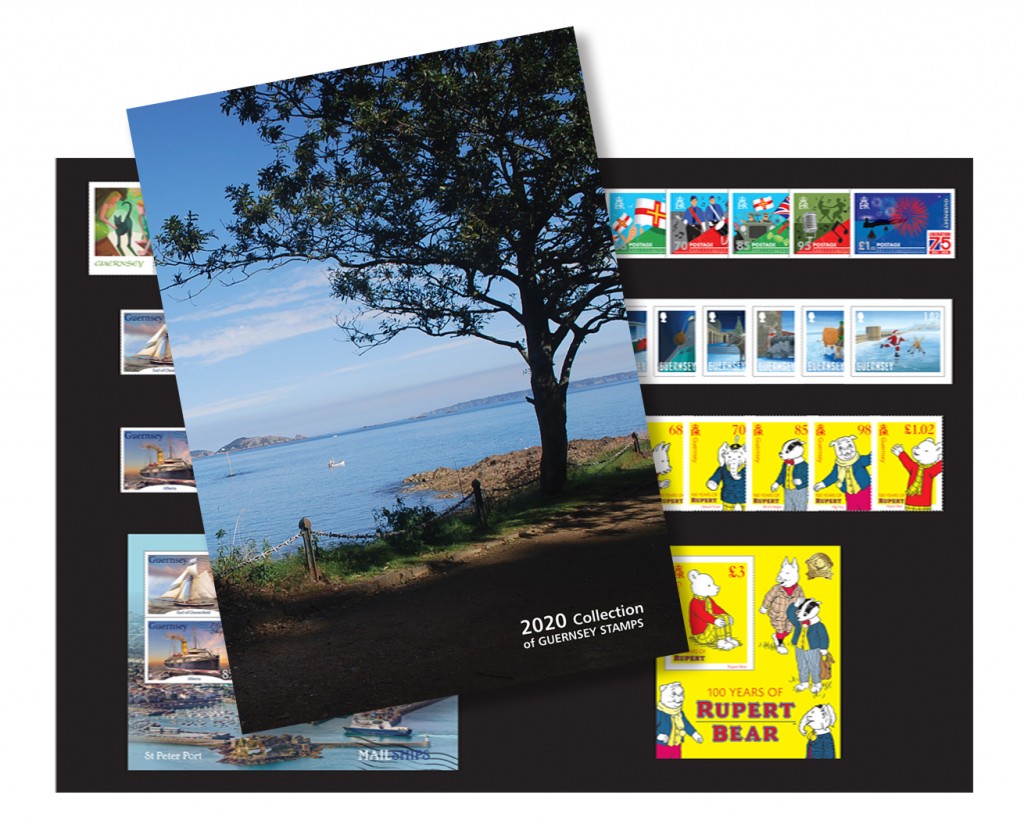