Guernsey Post’s Philatelic Bureau announces that it has issued a commemorative miniature sheet stamp to mark the 100th anniversary of Armistice Day, released on 11 November 2019.

The stamp design, which has been created by local agency The Potting Shed, depicts the Poppy, the recognised symbol of Armistice Day, as well as the words of some of the front-line soldiers in their letters home to loved ones.

The Armistice treaty to end combat in World War I was signed by the Allies and Germany at Compiègne in France in 1918 at the “eleventh hour of the eleventh day of the eleventh month”. Armistice Day, also known as Remembrance Day, has been observed in Commonwealth member states since 1919, a Memorial Day inaugurated by George V.

Bridget Yabsley, head of philatelic at Guernsey Post, said: – “When World War I began in 1914, many believed it would be over by Christmas. At that time, there were around 710,000 men in the British Army. By the end of the conflict, more than eight million soldiers had been killed and another 21 million injured.

“We are proud to release this mini sheet depicting the poppy, which was one of the few flowers to bloom on the battlefields of Flanders where it grew in its thousands. The flower was adopted by the Royal British Legion for their poppy appeal as a symbol of Remembrance Day in 1920.”

The miniature sheet may be purchased by visiting www.guernseystamps.com or contacting philatelic customer services on +44 (0) 1481 716486. 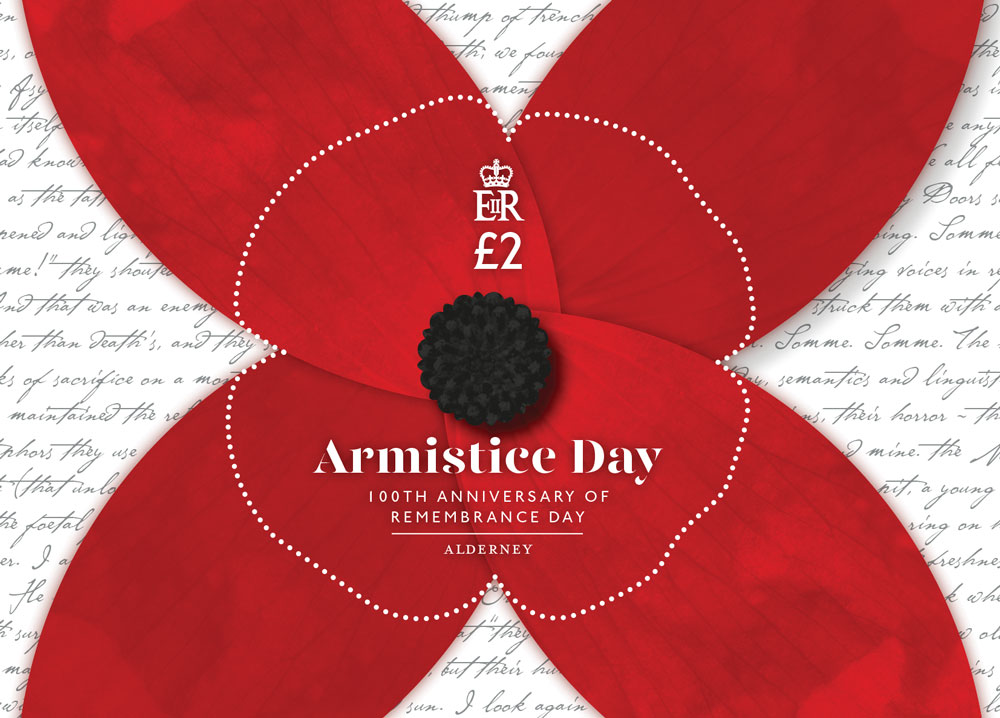