Post Luxembourg is issuing a new series of stamps on December 3rd of 2019.

A special series for Christmas 2019  will be released featuring the classic motive of the decorated tree.

The architecture of the Moselle region will be highlighted on the four  “Charity stamps 2019 ”.

POST Luxembourg will honor the 75 years of the “Oeuvre Nationale de Secours Grand-Duchesse Charlotte” , an association with the aim of providing financial support to victims of the Second World War founded in 1944 by Grand Duchess Charlotte.

Last but not least a special stamp will commemorate the 75th anniversary of the Battle of the Ardennes.

The Christmas stamps for 2019 feature a classic motif of the decorated tree.

Upon closer inspection, you’ll notice it’s a collage, a composite image made of individual pieces of paper and other materials. Fragments are used in this technique to form something new, as a whole. In a period where many images are computer-generated, this traditional production of artistic motifs, where craftsmanship is clearly apparent, is not only uniquely creative, but also has the capacity to inspire observers.

The second part of the thematic stamp series on the Luxembourg Moselle represents historical architecture that can still be found in some villages and towns today.

With the advice of the Service des Sites et Monuments nationaux (National Heritage Service), exemplary buildings from relevant epochs have been selected to represent the changing social conditions and architectural styles from the devastating period of the Thirty Years’ War (1618-48) through the 18th century when architecture blossomed again across the country, particularly in the Moselle region.

The Zéintscheier in Grevenmacher marks the opening of this series, its appearance dating back to 1635. In particular this important administrative building from the Spanish period is distinguished by the staircase tower with its pointed roof, built onto the main façade, and the mullioned windows in the Renaissance style. Also noteworthy is the keystone of the large archway and the stonemasonry around the main entrance.

The vintner’s house in Wellenstein, which dates from the second half of the 18th century, represents the Austrian period. The stone window and door frames in particular reflect the style of the late Baroque, even though the building still retains an older style in its very flat roof made of clay tile typical of the Moselle region.

The large winery in Remich is from the first half of the 19th century. The building, impressively raised on its double-flight entrance staircase, is built in the neoclassical style typical of the time. The main façade is impressive with sleek shapes and balanced proportions. The original, double-winged entrance door stands out with its structure and delicate carvings.

The vintner’s house in Ahn speaks of the period when Luxembourg belonged to the German Customs Union (1842-1918). Thanks to the prosperity of this period, turn-of-the-century buildings had opulent, historicist designs in the Belle Époque style. The 5-part composition of the main façade is particularly distinctive in the front, on the garden side, with its complex carving work above the door and windows and its mansard roof. 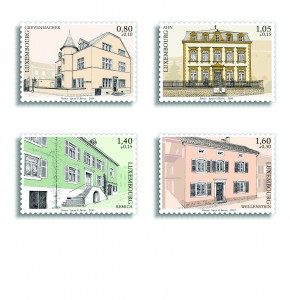 75th anniversary of the Battle of the Ardennes

All of Luxembourg hoped with the liberation in September 1944 that the war was finally over for the Grand Duchy. The people did not expect the battle which broke out on 16 December 1944.

The German army had not been beaten yet and attacked Western Europe once again. They hoped to finally recapture the port of Antwerp that way. Their direct goal was the east and northeast of Belgium as well as areas around Clervaux, Wiltz, Diekirch and Vianden as parts of Luxembourg.

People in the Ösling region who had just finished celebrating the end of the war with  the American troops like the entire nation, were then forced to hurry, pack their most important possessions and flee again. Bad weather with a lot of snow and icy cold also hampered their departure.

After it first seemed as though the Germans’plan would work, their strategy proved difficult because of the condition and the equipping of their troops, among other things. The allies reacted with great resistance and gained the upper hand relatively quickly, meaning the Battle of the Bulge came to a close at the end of January 1945.

The number of civil victims in Luxembourg alone is estimated at 500; in Belgium, 2,000 to 2,500 people died. Dead soldiers on both sides numbered in the tens of thousands. 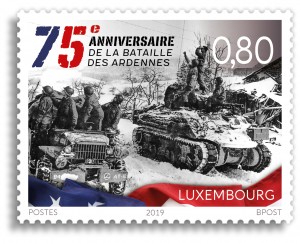 On 25 December 1944, Grand Duchess Charlotte, along with the Luxembourg government in exile called this association into being, with the aim of providing financial support to victims of the Second World War. The first large initiative of the “OEuvre” was a call to all residents, on the national holiday of 23 January 1945, to donate a working day’s pay. More than 4.5 million Luxembourg francs were collected which were primarily used to alleviate people’s acute distress.

Since the establishment of the national lottery on 13 July 1945, regular financial funds have been used to support non-profit projects of the “OEuvre”.

Today, the “OEuvre Nationale de Secours Grande-Duchesse Charlotte” is oriented as a public institution for current societal needs and provides assistance in social, cultural, artistic, athletic, health and environmental areas in solidarity where public monies and/ or private initiatives are insufficient or not available. Its neutrality also allows it to exercise a role as a coordinator and intermediary and to initiate specific activities. 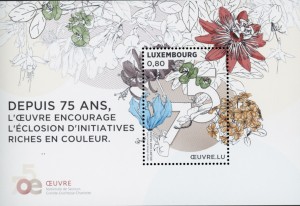