Guernsey Post celebrated the first birthday of Prince George on 22 July with a se-tenant pair of stamps featuring two official portraits from the royal christening.

The portraits featured on the se-tenant pair were taken by award-winning photographer Jason Bell in the Morning Room at Clarence House in London following Prince George’s christening at The Chapel Royal at St James’s Palace on 23 October, 2013. 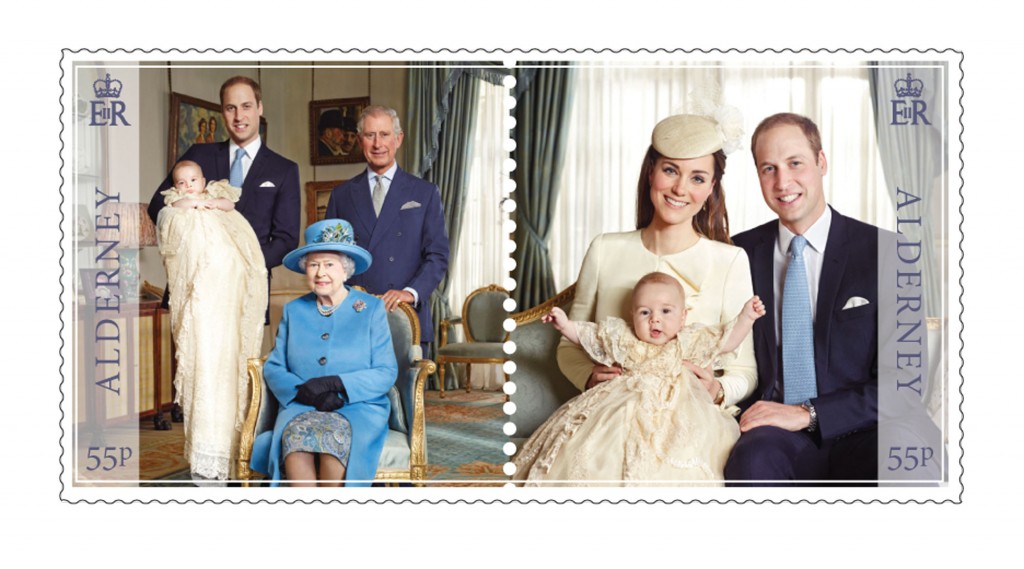 The image on the left of the se-tenant pair depicts Her Majesty The Queen with her son the Prince of Wales, her grandson the Duke of Cambridge and her great-grandson Prince George of Cambridge, which is the first time a reigning monarch has been photographed with three future Kings since Queen Victoria was photographed in 1894 with her son, grandson and great-grandson, the future King Edward VIII.

The second image depicts The Duke and Duchess of Cambridge with their son, Prince George, who is wearing an outfit made of delicate Honiton lace and white satin by Angela Kelly.  It is an exact replica of the gown created for the christening of Princess Victoria, Queen Victoria’s eldest child, in 1841.

The se-tenant pair, first day cover and presentation pack will be issued on Prince George’s first birthday but can be ordered now by visiting www.guernseystamps.com or by calling philatelic customer services on (01481) 716486.