Guernsey Post is delighted to announce the release of stamps to celebrate the 65th anniversary of the coronation of Her Majesty The Queen (stamp issue date: 23 May 2018).

Bridget Yabsley, head of philatelic at Guernsey Post, said: – “We are delighted to celebrate this special occasion with our Alderney issue stamps, which depict The Queen at numerous events including Her Majesty’s 80th birthday and her Golden and Diamond Jubilee celebrations.”

The stamps also depict The Queen during her tour of Australia in March 1954 and Her Majesty as she makes her way to the State Opening of Parliament in 1971 and 2002.

Each stamp depicts some of the words from the British National Anthem ‘God Save the Queen’ whose origins, in its present form, date back to the eighteenth century.

The stamp products are available to pre-order from 10 May by visiting www.guernseystamps.comor contacting Philatelic customer services on +44 (0) 1481 716486. 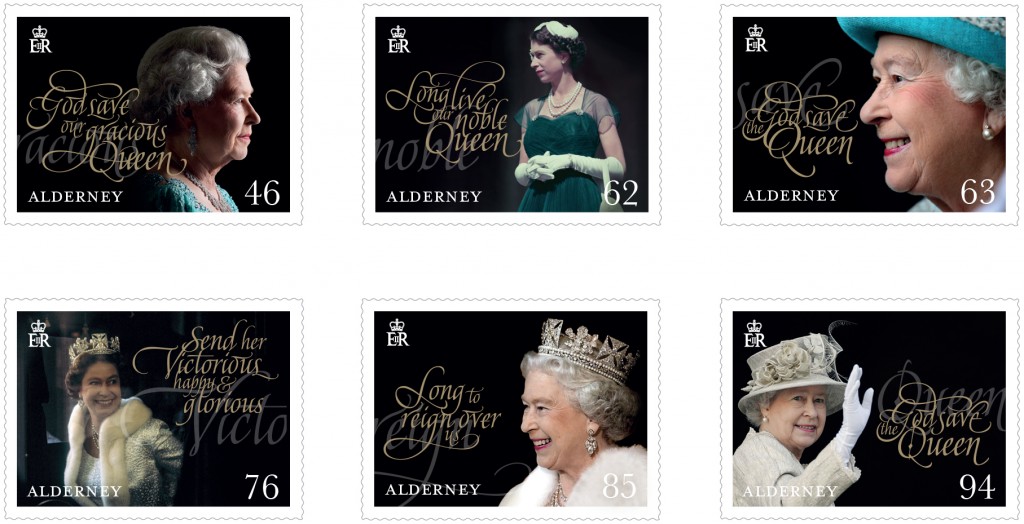