On 12th September, Iceland post’s next stamp issue will be released. It includes the 2019 Sepac stamp on the theme Old residential buildings. 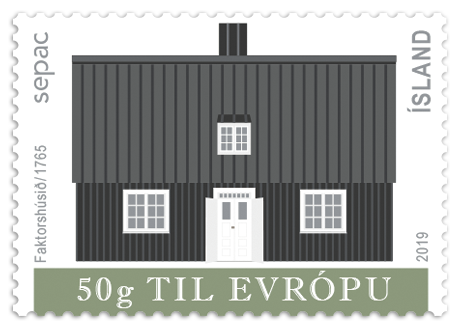 The building chosen to feature on the Icelandic stamp is the Factor’s House in Nedstikaupstaður, Isafjordur. It is one of Iceland’s oldest residences and a perfect example of the country’s 18th century residential buildings.

The house was originally built in 1765 by Danish merchants from the General Trading Company of Copenhagen. The company took over the monopoly trade in Iceland in 1764 and built fine residential houses in several trading places in Iceland, including Eyrarbakki and the Vestmann Islands in the South, Stykkishólmur in the West and Akureyri in the North.

The Factor’s House is named after the store managers in Isafjordur, who were called factors and lived on the premises. 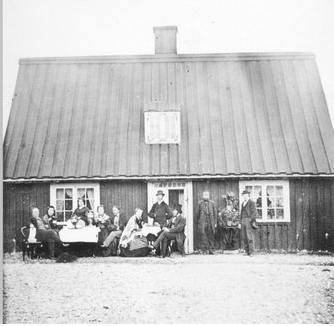 Faktorshúsið around 1867, courtesy of the Westfjord Folk Museum in Ísafjörður

The Factor’s House is a one-storey building with an attic and two dormers. Originally built as a type of log house, it was tar-coated and only the windows and doors were painted

About 100 years after its first construction, by the middle of the 19th century, it was restored : wooden pannels were added inside and a new corrugated iron cladding was fitted on the outside, which gave the house an entirely new style.

The house was later further renovated, in consultation with the National Committee on Architectural Heritage and based on the 19th century renovations.

It is still used as a residence and is therefore counts as one of the oldest (if not the oldest) houses in Iceland which have been in continuous residential use since the beginning. 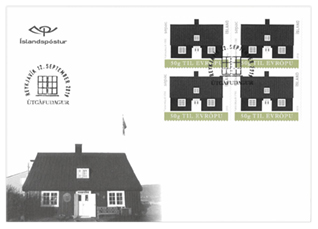