Guernsey Post’s Philatelic Bureau is delighted to announce that it will issue two commemorative stamp sets to mark the 50th anniversary of postal independence – the first in celebration of developments in postal operations and the second featuring a stamp collector’s story. The stamps will be released on 1 October 2019, 50 years after Guernsey became an independent postal administration.

The set includes six stamps that illustrate some of the key developments in postal operations in the years following Guernsey’s postal independence. These include painting the island’s pillar-boxes blue to complement Guernsey Post’s new branding and image in 1980; introducing postcodes in 1993; and, the introduction of environmentally friendly electric delivery vehicles now in use on the Island. The stamps are printed with microtext adding another interesting layer to the colourful issue.

The Philatelic stamps – A Collector’s Story

The six stamps depicted are part of a private collection belonging to Guernseyman, Doric Sarre, who began collecting Guernsey and Alderney stamps when he was 10 years old. Mr Sarre’s collection spans from 1969 to the present day and showcases the rich variety of topics covered since Guernsey’s postal independence, including one of the first independent Guernsey postage stamps, produced pre-decimalisation in 1969, which depicts Guernsey’s Castle Cornet, and a stamp of Winston Churchill, produced in 2005, to mark the 60th Anniversary of Guernsey’s Liberation.

A magnifying glass has been cleverly incorporated into each stamp’s design and features a gold foil handle extending to a number five, which, together with the gold foil circle of the magnifying glass, depicts the number 50 to mark the anniversary year. The stamps also feature UV spot varnish and embossing print techniques.

Bridget Yabsley, head of philatelic at Guernsey Post, said: – “We’re absolutely delighted to mark this important anniversary with two very special commemorative issues. We felt it was important to highlight both the key developments in our postal operations along with some of the interesting stamps we have released since we gained postal independence.

The stamp products are available to pre-order from 17th September and may be purchased by visiting www.guernseystamps.com or contacting philatelic customer services on +44 (0) 1481 716486. 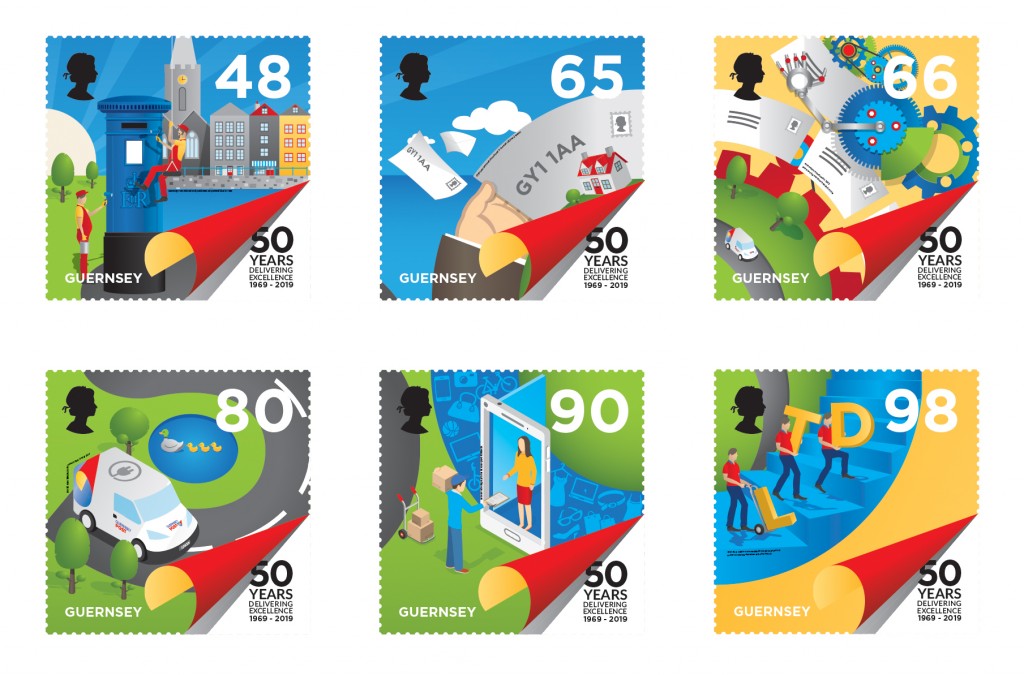 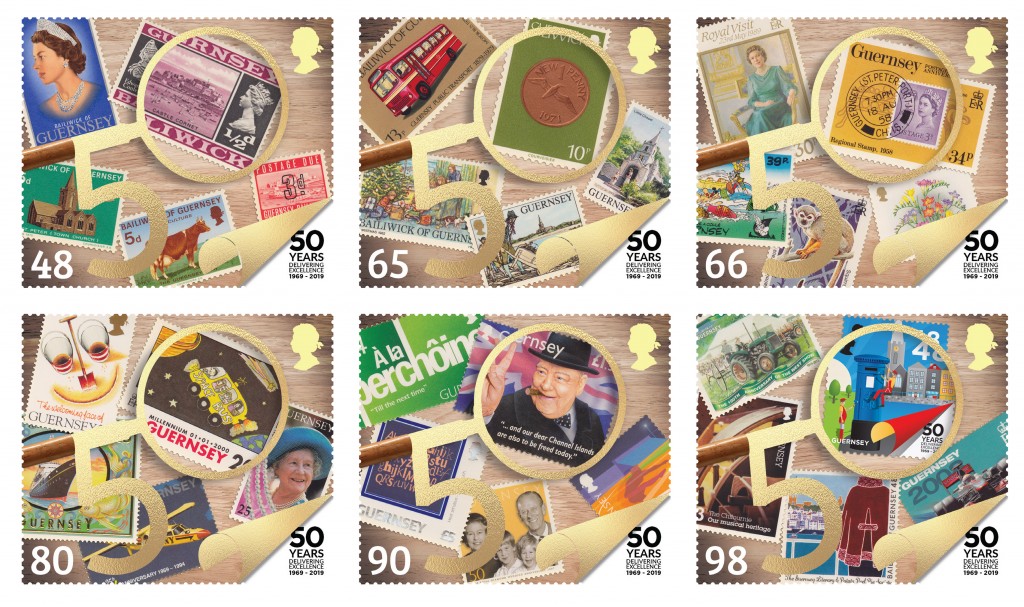