Post Luxembourg will be issuing a new series of stamps on November 8th 2019.

A stamp block will be released illustrating a portrait of Charles V, Holy Roman Emperor an Duke of Luxembourg, one of the most powerful European rulers in history. This is a joint issuing with Austria.

Furthermore, a special stamp will present the “casemates”. This underground defense system was part of the powerful defense system which made of Luxembourg-City the Gibraltar of the North. This a joint issuing with Gibraltar.

Another special stamp will honor Luxembourg’s involvement in the space research projects. Luxembourg is a recognized leader in the field.

Charles V was born on 24 February 1500 in Prinzenhof, Ghent, in the Burgundian Netherlands and died on 21 September 1558 in the seclusion of the San Jerónimo de Yuste Monastery in the Spanish region of Extremadura.

He was one of the most powerful European rulers in history, and a member of the Habsburg dynasty. As the emperor of the Holy Roman Empire, he ruled over areas in both Europe and America. Within his European territory, he had to focus primarily on the challenges of the religious conflicts between Catholicism and Protestantism, and in 1521, he decided against the Reformation, thus dividing Christianity against his actual beliefs. The desire to expand and defend his power led him to fight numerous wars against France and the Ottoman Empire, amongst others. After 1540, war continued against the French King Francis I for the control of Luxembourg, which stayed finally under Habsburg rule. 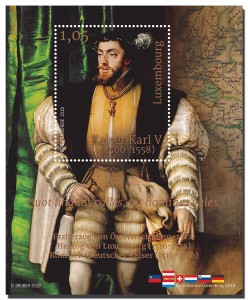 The huge underground defense system of the casemates is closely linked to the history of the City of Luxembourg. During the long building process, which itself lasted almost 150 years, the fortified city developed into a fortress that changed owners several times over the years.

At the end of a siege led by Vauban, France took the Luxembourg fortress in 1684 on behalf of French King Louis XIV. Vauban then planned and built an impressive defense complex that gave the city the epithet “Gibraltar of the North”, received in the 18th century. After the 1867 Treaty of London, the fortress was requested to be demolished. Today the remains of the fortifications can be seen as a tourist attraction and have belonged since 1994, along with the old town, to the UNESCO World Heritage. 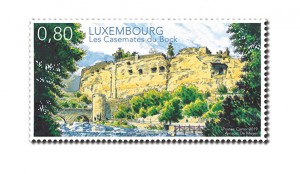 In 2005, Luxembourg became a full member of the European Space Agency (ESA). This laid the foundations for the involvement of companies from the Grand Duchy in ESA R&D programmes and space research projects.

In 2016, the Ministry of Economy started its SpaceResources.lu initiative, thus positioning the country as a pioneer in the research and use of space resources, as a step towards the in-space economy of the future. The SpaceResources.lu initiative is based on the experience that Luxembourg has built up in sectors closely connected to space resources, particularly with a strong track record in the satellite sector.

Luxembourg offers a unique legal, regulatory and business environment that allows investors and companies to develop and use space resources.

The Polish artist Agata Tobolczyk lives and works in her home country. Poland is one of the countries with which Luxembourg has signed a “Memorandum of Understanding” for joint collaboration on space projects. 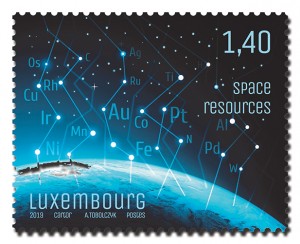