A stamp will show the new headquarters of POST, a construction that began in 2019 and which will soon welcome 1.000 POST Group employees .

Furthermore , the charity stamps of this year will be published as a special series showing photographs of “Orchids in Luxembourg” taken by Marianne Majerus, a very talented garden photographer.

Another special series is going to be based on the topic of “The end-of-year” celebrations. The two cartoon motifs have be designed by the artist Tanja Majerus.

Last but not least, a special stamp will honor the 70 years of the Court of Justice of the European Union, an institution that was established 1952in Luxembourg.

The construction on the new Helix building began in 2019, and soon 1,000 POST Group employees will move into the finished headquarters.

The architectural concept of the building by Luxembourg firm Metaform blends perfectly into the streetscape facing Luxembourg City’s central train station.The striking section of the “Accinauto” facade was preserved and extended on a broad front by a modern, lamella facade. Achieving harmony between the new and the ancient elements was a requirement. An example is that the existing rounded roof structure was adjusted, so it could be preserved and blend in with the new rectangular facade.

The new building has been certified by the German Sustainable Building Council (DGNB – Deutsche Gesellschaft für Nachhaltiges Bauen). This certification covers the planning as well as the construction and operation of the building. This is the second POST building that does not directly produce carbon emissions; the other being the Weierbaach building in the Cloche d’Or district. Notable features of the Helix building include the use of an ice storage system as an innovative energy source. The 2,110 m2 system is one of the largest in Europe and both stores energy and supplies it to meet needs.

Another priority for the designers was the creation of an open and dynamic environment incorporating future-oriented technology. They were guided by concepts such as connectivity, communication and cooperation. At the centre of the building is the “Hub”, an atrium dominated by an unusual spiral stairway. The hubprovides a diverse array of spaces in which employees can meet and communicate in a setting different to the traditional office or conference rooms.

POST’s new headquarters thus fits in with the group’s overall strategy, in which ecological, economical, technical and functional values and requirements as well as the health and well-being of all employees are to the fore.

There are more than 20,000 different species of orchid worldwide, making it a large family with a huge variety of shapes and forms. Most widely known are the exotic flowering houseplants, such as Phalaenopsis, or moth orchids, but the expensive ingredient vanilla is also obtained from an orchid, the vanilla orchid. In general, people find the striking forms and brilliant colors of orchids fascinating.

Characteristic of orchids is the structure of the plant with six petals, with one being modified into a lip or labellum, the main purpose of which is to attract insects to ensure pollination. The form of the lip varies greatly.

55 species of Orchidaceae have been recorded in Luxembourg, although, unfortunately, not all of them can actually be found anymore. This is one reason why all orchids that grow in the wild in Luxembourg are protected. For example, the genera Ophrys and Orchis are highly endangered. The native orchids are all terrestrial orchids, because they are growing on the ground, unlike their exotic relatives.

Orchids prefer nutrient-poor, chalky soils. Seedlings obtain nutrients mainly through a symbiotic relationship with mycorrhizal fungi. As soon as the fully developed plant can get its nutrients by photosynthesis, it then supplies the fungi.

This project has only been made possible by the advice and expertise of the specialists of the National Museum of Natural History. 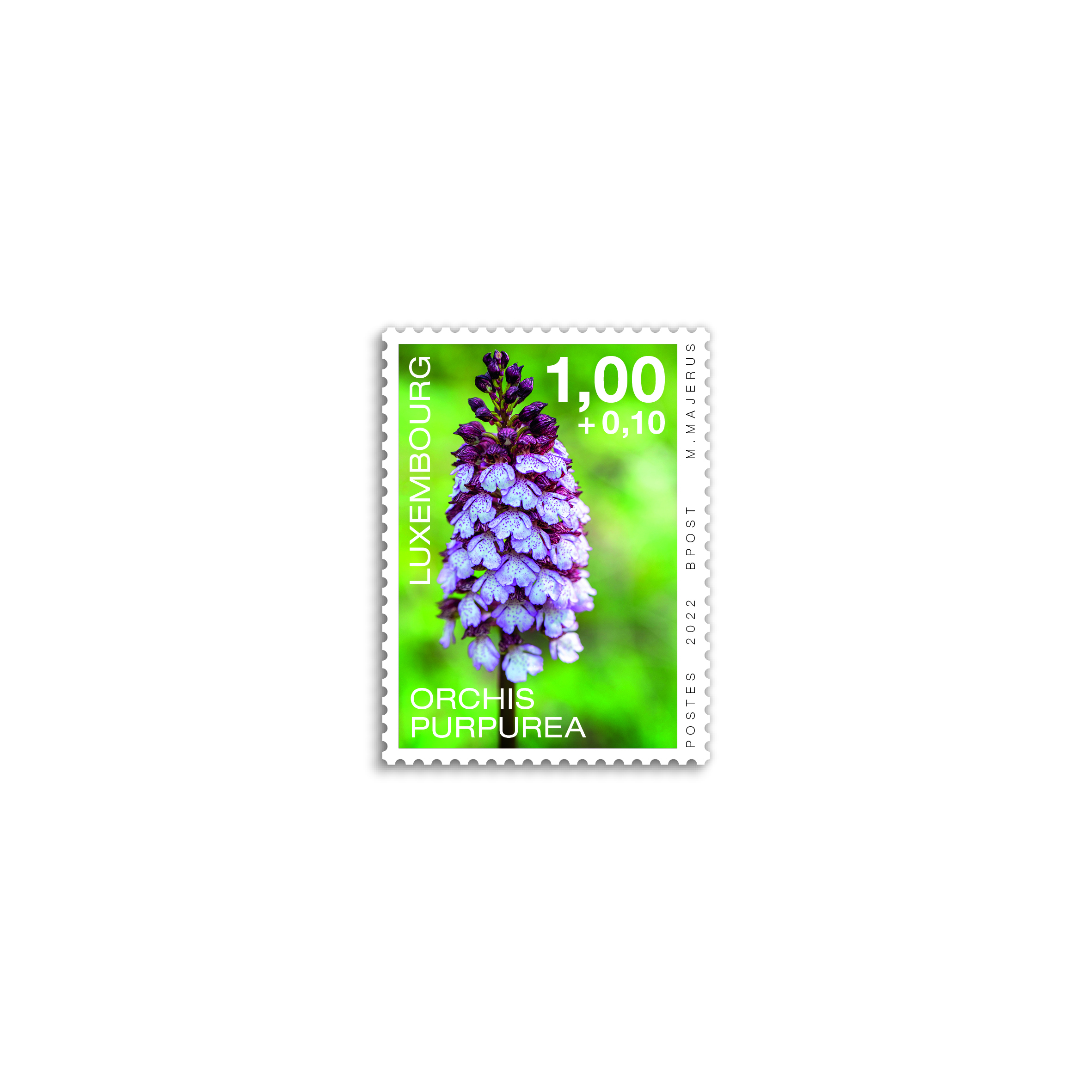 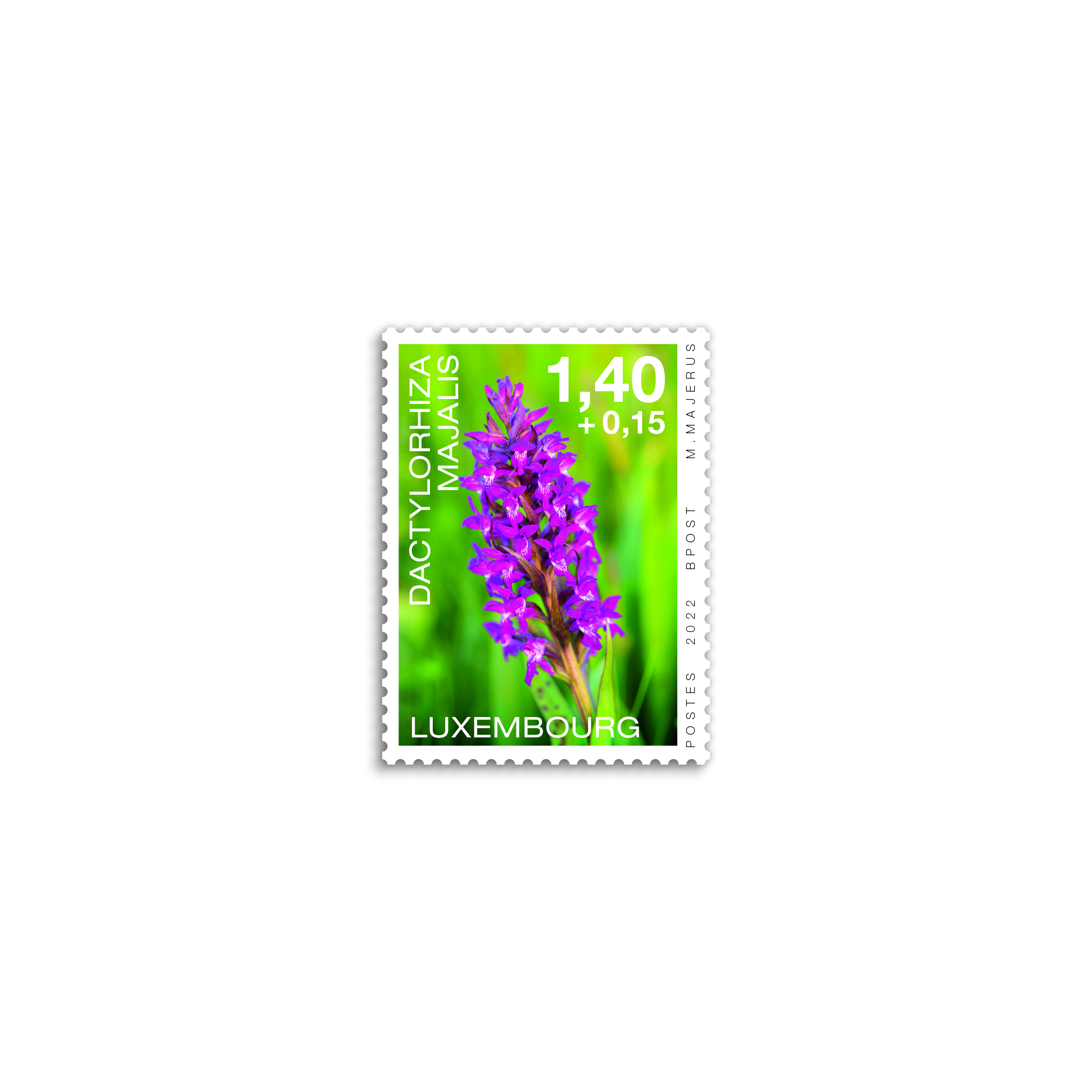 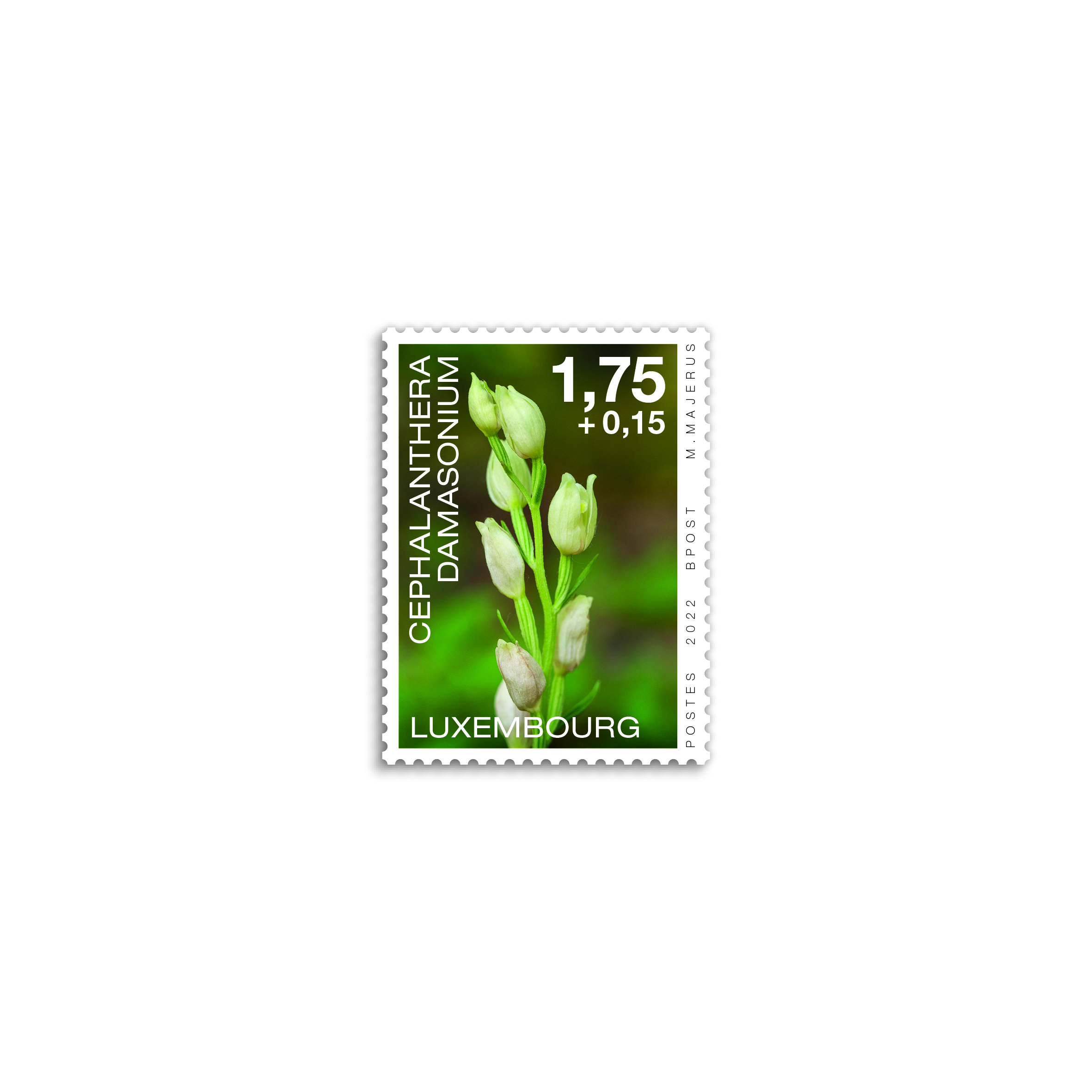 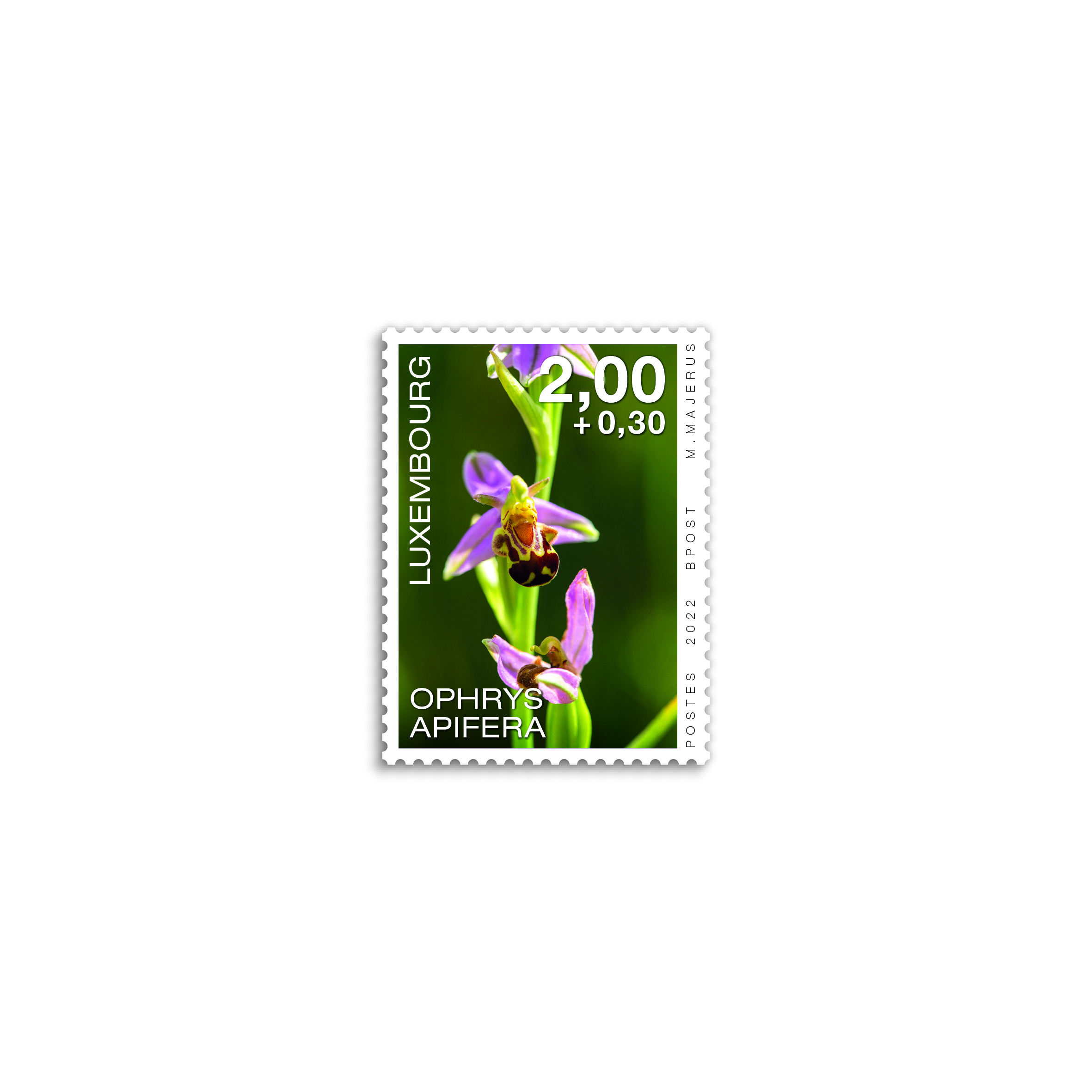 The anthropomorphisation of animals is common in myths and fairy tales, with animals speaking like humans or having human feelings. This principle is also frequently adopted in cartoons. For one,this simplifies the telling of the story because of the lack of ambiguity; for another, the fact that they are not “real” humans, a certain distance is created between them and what happens and this naturally triggers many emotions.

The design of this year’s special stamps by Luxembourg native Tanja Majerus – who has been living and working in Los Angeles for many years – clearly shows her talent for breathing life into animals and imaginary characters.

In both motifs, what we are really being shown is children building a snowman and decorating the tree, but Tanja Majerus depicts these typical winter activities using a clever weasel, a nervous hedgehog, a cool-headed badger and a cute and playful mole. 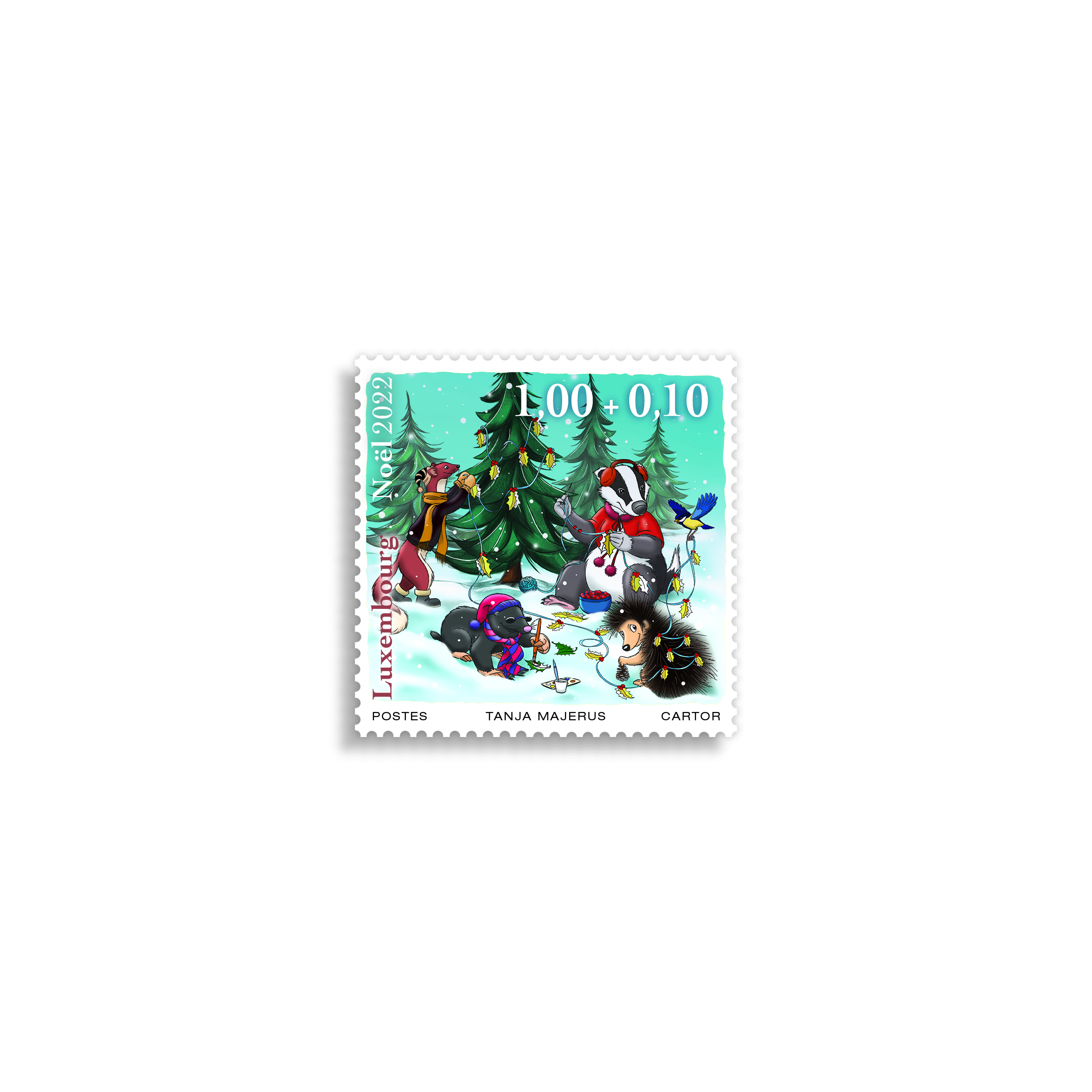 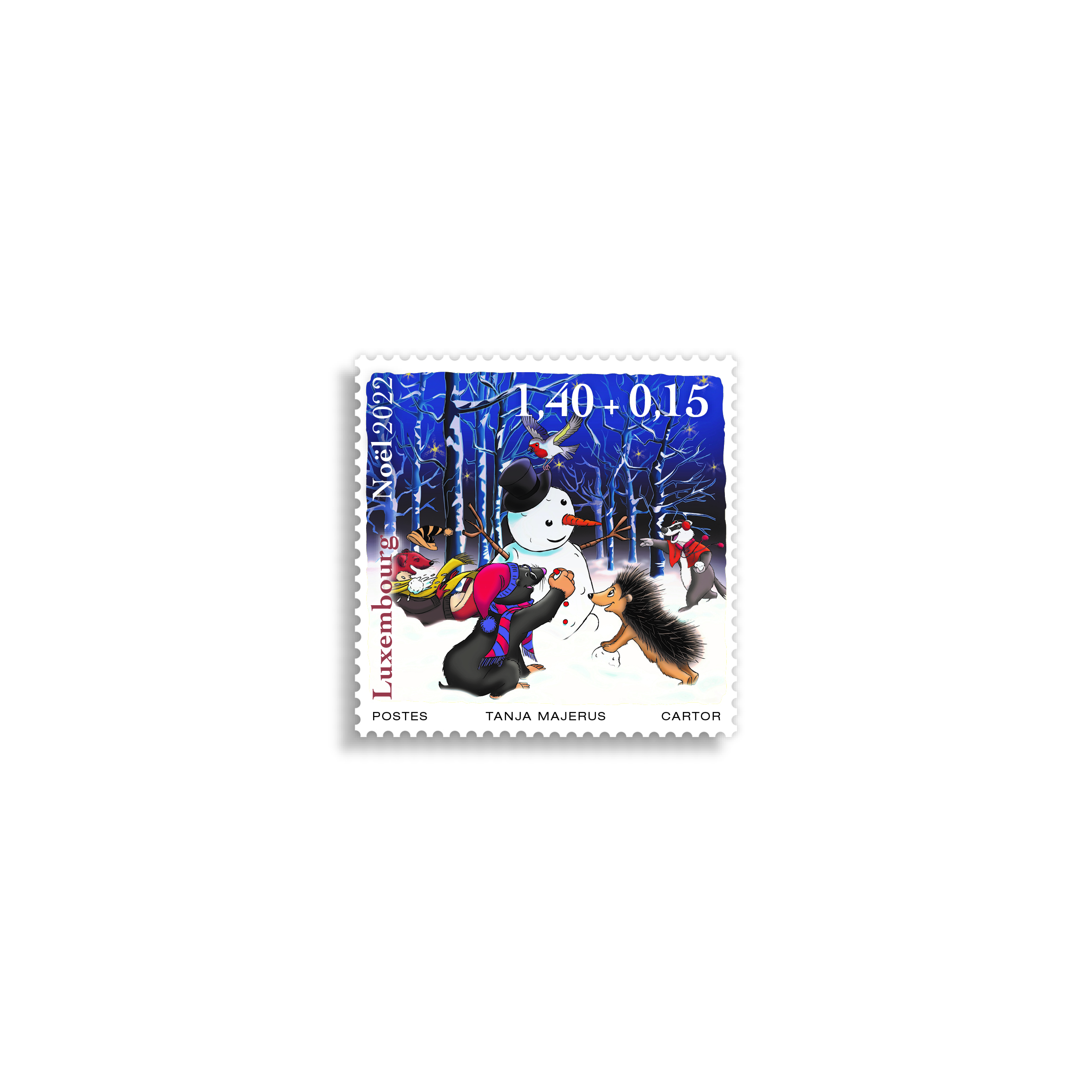 70 years of the Court of Justice of the European Union

Established in 1952 in Luxembourg, the Court of Justice of the European Union is one of the seven main institutions of the EU. It is the judicial body of the European Union and, as such, it ensures the uniform application and interpretation of Union law in conjunction with the courts of the Member States. It consists of two courts, the Court of Justice and the General Court, established in 1988.

Each Member State has its own language and specific legal system, so the Court of Justice of the European Union is a multilingual institution. The use of languages is different to every other court in the world; since any of the current 24 official languages of the Union may be the language of proceedings, there are 522 possible language combinations!

The buildings housing the Court of Justice of the European Union have been situated in Kirchberg since 1973. Since 2008, work has been going on of the Court in the Nouveau Palais (architect: Dominique Perrault), which consists of the renovated Ancien Palais, the Anneau, Towers A and B, and a Gallery, followed in 2019 by Tower C. 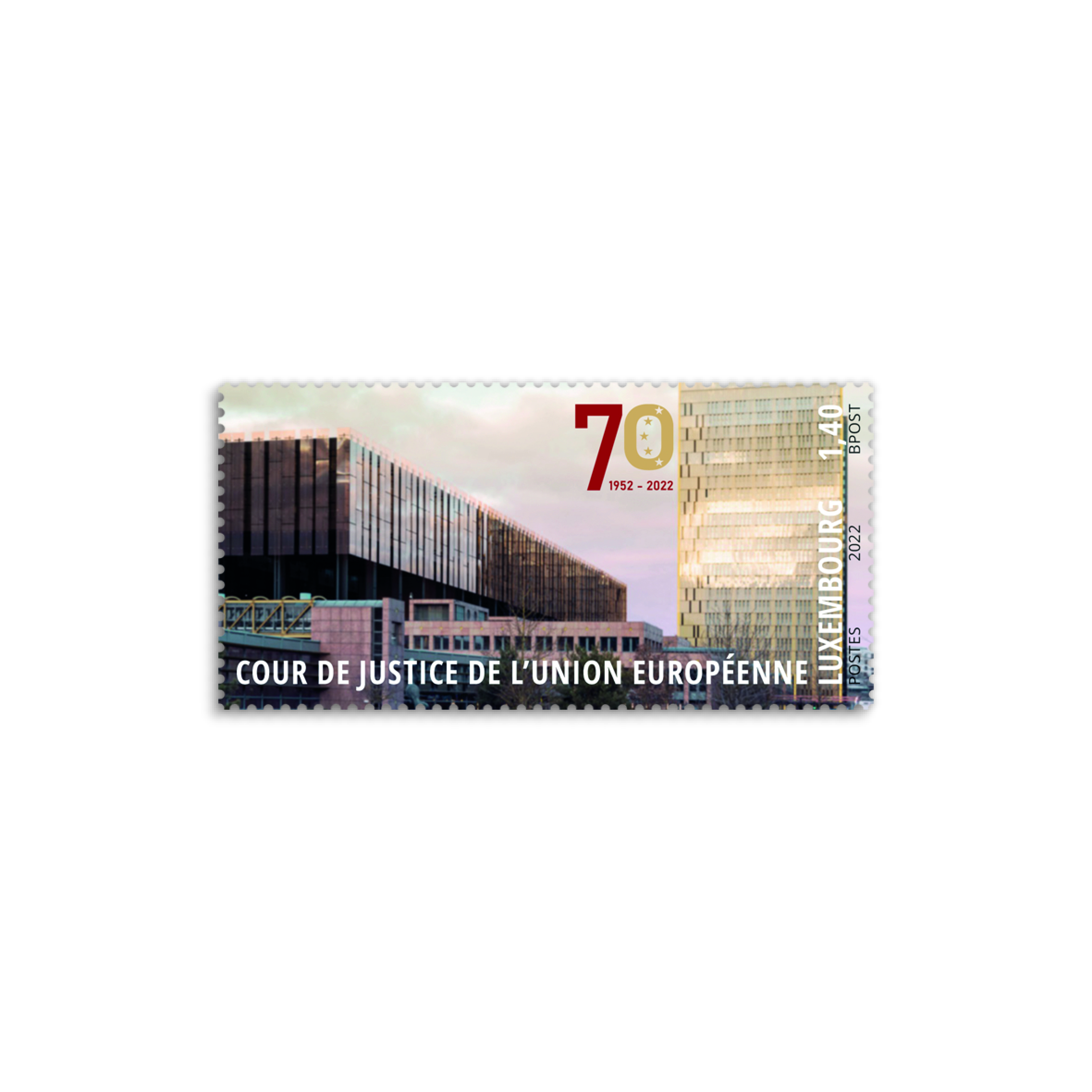