Guernsey Post’s philatelic bureau has released a set of stamps which tells the tale of proud Guernseyman Ebenezer Le Page through the decades, as he grows from boy to man and onwards into old age.Guernsey’s set of six stamps forms part of a larger collection of 14 images which accompany a new lavishly illustrated edition of The Book of Ebenezer Le Page by celebrated Guernsey writer G.B. Edwards, first published posthumously in 1981 to critical acclaim.

The stamps depict some of the key moments in Ebenezer’s life, documenting his journey from boyhood flying his homemade kite on the Common, to a romantic reunion as an elderly man with his spirited love interest Liza Quéripel, with 20th century Guernsey providing the beautiful backdrop.

The new edition of the book, which will be published in late 2022 by Extraordinary Editions, is illustrated by Guernsey artist Charlie Buchanan who has been an avid fan since discovering a copy in a second-hand book shop in New Zealand.

Guernsey Post’s head of philatelic, Bridget Yabsley said: – “Coinciding with the launch of a new edition of The Book of Ebenezer Le Page, we are delighted to release stamps depicting the critically acclaimed story of Ebenezer’s life, told from his perspective, and the world surrounding him on the beautiful island of Guernsey.”

The stamp products are available now at www.guernseystamps.com or by calling Philatelic Customer Services on +44 (0) 1481 716486. 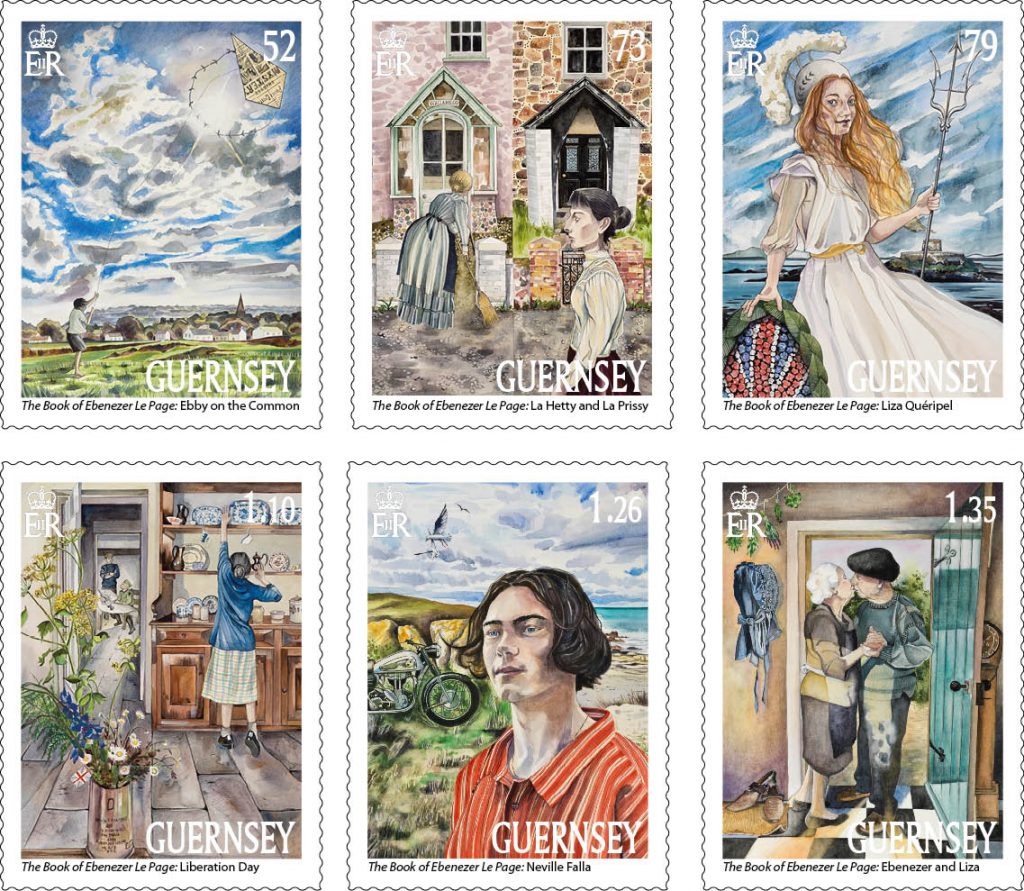