Stamps depicting scenes from the Channel Island of Alderney have been issued by Guernsey Post.

Said Bridget Yabsley, head of philatelic at Guernsey Post: – “Alderney offers a wonderful blend of architecture, rich history and natural beauty. We’re delighted to feature some of its scenes across our stamps, from picturesque Victoria Street in St Anne and Mannez Lighthouse at the eastern end of the island, to Alderney Railway at Mannez Quarry and the stunning white sands of Saye Beach at Chateau a L’Etoc.”

Just eight miles from mainland France and not far from the English coast, Alderney is the third largest of the Channel Islands and has been inhabited for over 5,000 years. From its 18 coastal forts reflecting the island’s military importance, to relics from the Stone Age, which can be seen in the island’s museum, it is almost impossible to separate Alderney’s heritage and natural landscape.

“During the winter months, the Festive Alderney programme makes the island popular with people looking for a change of scenery but with activities on offer. The island is also a haven for wildlife lovers, as it offers a wide range of habitats including woodland, wetland and heathland, as well as sandy beaches, rocky shores and seabeds.  In 2005, the island’s west coast and neighbouring Burhou Islands were designated as wetlands of worldwide importance under the Ramsar Convention,” Bridget added.

The stamps are available to order now at www.guernseystamps.com or by calling Philatelic Customer Services on +44 (0) 1481 716486. 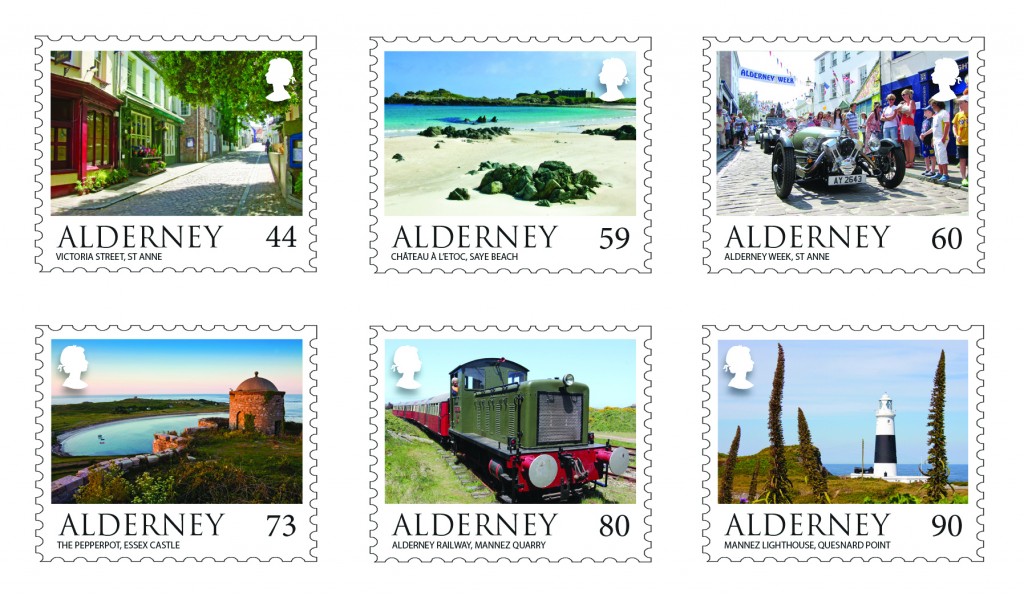